by Mihai Andrei
in Geology, News
Reading Time: 1 min read
A A
Share on FacebookShare on TwitterSubmit to Reddit

A magnitude 6.8 earthquake (initially 6.9) has struck Northern Japan earlier today, with a small tsunami striking the coast without any significant damage. The tsunami was on the order of tens of centimeters. 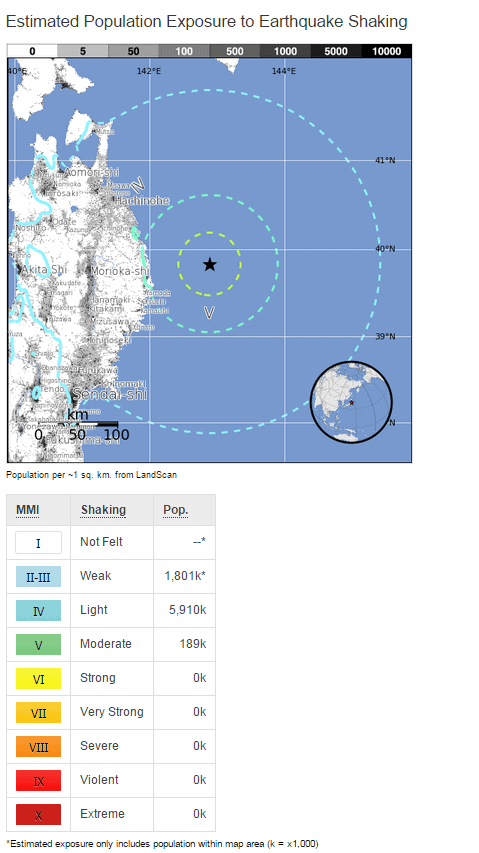 There was some worry, despite Japan being one of the most well prepared countries in the world to deal with earthquakes.

“Overall, the population in this region resides in structures that are resistant to earthquake shaking, though some vulnerable structures exist”, the USGS website wrote.

The Iwate Prefecture is largely rural, with a population of approximately 1.3 million people. The area also has a nuclear power plant, but there was absolutely no risk of damage to it. A tsunami warning was issued initially, but was then canceled, after seismologists learned that it won’t be a big one. More as a precaution, local trains have suspended activity for now.

Recent earthquake in the areas have been dangerous through secondary hazards such as landslides and fires, but in this case, it seems like there will be no casualties.

This is still a developing story, we’ll keep you posted as further developments unfold.