Instead of digging through layers of rocks, a few paleontologists focused their efforts on ‘digging’ through museum collection instead – and their efforts were quite successful. Their unique approach led to the discovery of never-before seen structures, which they think are something called dino-fuzz.

The fluffy structures trapped in the small bits of ancient amber may represent some of the earliest evolutionary experiments leading to feathers, according to researchers. They combed through thousands of small to minuscule samples before finding the ‘good’ 80 million years samples: 11 coin-sized amber traps with traces of ancient feathers and fuzz. Some of them resembled modern feathers (some fit for flying, some fit for diving), while some were the ‘fuzz’; unlike fossils, feathers trapped in amber have another advantage: their colors are also preserved. 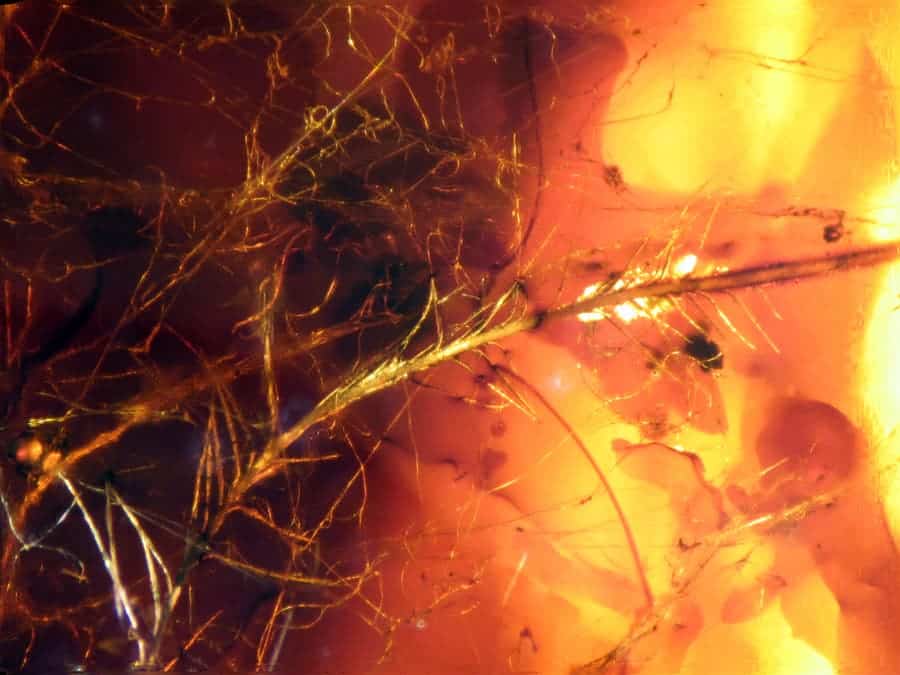 The oldest bird, Archaeopterix, inhabited the Earth about 150 million years ago, and the oldest known feathered dinosaur, Anchiornis huxleyi, lived some 151-160 million years ago. Both creatures had modern style feathers, and paleontologists have little information about the earlier stages of feather evolution: the flexible, unbranched filaments—often called protofeathers, and sometimes called ‘dinofuzz’.

Ryan McKellar, a paleontologist at the University of Alberta in Canada, and his colleagues provided some much needed information, not by gathering new samples, but by reanalizing old samples. Although some of the feathers and protofeathers appear nearly transparent, others are heavily pigmented and probably were, in life, a deep brown, dark gray, or black. 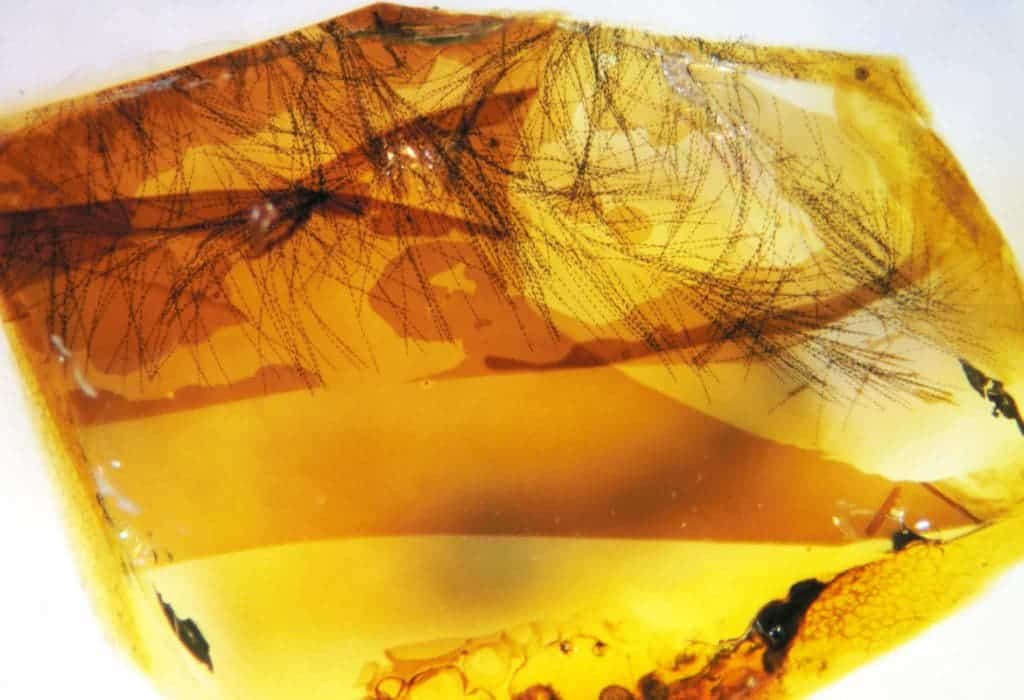 The Results are published in Science.