Paleontologists from the University of Florida have unearthed remarkably well-preserved fossils of two crocodilians and a mammal previously unknown to science during recent Panama excavations that began in 2009. 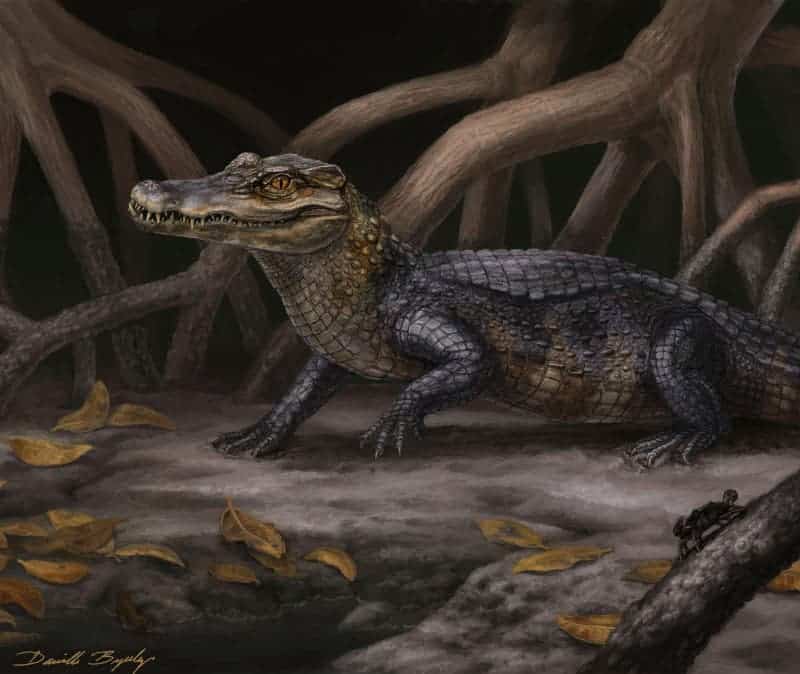 The animals lived during the Miocene, a period that lasted from about 23.03 to 5.332 million years ago; the flora and fauna from the Miocene was relatively modern, with mammals and birds already being well established. These findings in particular expand the the range of ancient animals in the subtropics — some of the most diverse areas today about which little is known historically because lush vegetation prevents paleontological excavations and are very important for paleoclimatic studies.

“In part we are trying to understand how ecosystems have responded to animals moving long distances and across geographic barriers in the past,” said study co-author Jonathan Bloch, associate curator of vertebrate paleontology at the Florida Museum of Natural History on the UF campus. “It’s a testing ground for things like invasive species — if you have things that migrated from one place into another in the past, then potentially you have the ability to look at what impact a new species might have on an ecosystem in the future.”

Over the years, there have been several remarkable crocodile fossils found in the Panama area, including the oldest records of Central American caimans, which are cousins of alligators. This time, the species (Culebrasuchus mesoamericanus) is more primitive, and it may very well represent a transition between caimans and alligators, Hastings said:

“You mix an alligator and one of the more primitive caimans and you end up with this caiman that has a much flatter snout, making it more like an alligator,” Hastings said. “Before this, there were no fossil crocodilian skulls known from Central America.”

But if anything, these findings show us just how little we really know about the crocodiles. Christopher Brochu, an assistant professor of vertebrate paleontology in the department of geoscience at the University of Iowa, said “the caiman fossil record is tantalizing”:

“The fossils that are in this paper are from a later time period, but some of them appear to be earlier-branching groups, which could be very important,” said Brochu, who was not involved with the study. “The problem is, because we know so little about early caiman history, it’s very difficult to tell where these later forms actually go on the family tree.”

As for the other mammal, Arretotherium meridionale has been previously discovered as related to hippos, and some have theoretized that it has a connection to whales. About as big as a cow, the mammal would have lived in a semi-aquatic environment in Central America:

“With the evolution of new terrestrial corridors like this peninsula connecting North America with Central America, this is one of the most amazing examples of the different kind of paths land animals can take,” Rincon said. “Somehow this anthracothere is similar to anthracotheres from other continents like northern Africa and northeastern Asia.”