by Mihai Andrei
in Biology, Geology, Inventions
A A

The Japanese scientific deep sea vessel Chikyu managed to set a new world record by drilling down to over 2.200 meters below the seafloor, obtaining samples from Shimokita Peninsula of Japan in the northwest Pacific Ocean.

Whenever you hear about drilling, it’s almost always about oil. Given the humongous amount of oil we use nowadays, it makes sense there are over 3.000.000 active oil rigs in the world – just mind blowing! Still, scientific drilling, despite neglected by comparison, has some remarkable accomplishments. 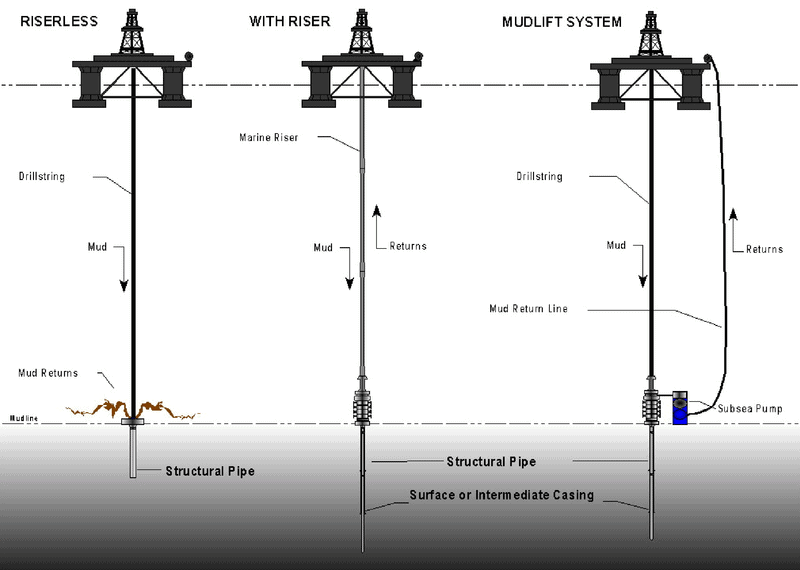 Typically, scientific drilling is used for recovering probes, samples of sediments, crust, and even upper mantle in extreme cases. Researchers are also able to study, in some cases, microbial life preserved in the samples. Especially recently, scientific drilling is going through a revolution, and its results are constantly improving in recent years, Chikyu being a clear example of that; until now, sea drilling was used without a a riser. Riser-less drilling uses seawater as its primary drilling fluid, which is pumped down through the drill pipe, cleaning and cooling the drill bits, piling them in a cone around the hole. However, Chikyu uses a riser, and the whole technology, although more complicated, also becomes more efficient, as you can see in the picture above.

A new era for scientific drilling

Chikyu made this achievement during the Deep Coalbed Biosphere expedition, Expedition 337, conducted as part of an international effort, the Integrated Ocean Drilling Program (IODP).

“We have just opened a window to the new era of scientific ocean drilling”, Fumio Inagaki, Co-Chief scientist of Expedition 337, says. “The extended record is just a beginning for the Chikyu. This scientific vessel has tremendous potentials to explore very deep realms that humans have never studied before. The deep samples are precious, and I am confident that our challenges will extend our systematic understanding of nature of life and earth.”

His European colleagues are just as thrilled:

“I am very glad that I am here today and could witness this wonderful and important moment. Everybody on the ship worked really hard to make this happen. And, I am very pleased about the high quality of the core samples, which show only minimal drilling disturbance. This is very important for our research.”, added Co-Chief scientist Kai-Uwe Hinrichs from the University of Bremen, Germany.

Samples retrieved featured mostly deeply buried coal – its formation was the main purpose of the expedition, and researchers hope it will be able to provide new insight regarding how deep life is associated with a hydrocarbon system in a deep marine subsurface.