According to a new study, ancient hunter-gatherer Britons imported wheat from mainland Europe, showing a surprising level of sophistication for such an old population.

According to a new study, ancient hunter-gatherer Britons imported wheat from mainland Europe, showing a surprising level of sophistication for such an old population.

Wheat growing emerged at that fuzzy line where Europe meets Asia 12,000 years ago and then slowly spread across Europe. However, being so far away and separated by a growing line of water, Britain was one of the last places in Europe to adopt this practice. From what we know, Britons only grew wheat 6,000 years ago, so this evidence shows that they were importing it way before they were growing it.

“These results suggest that sophisticated social networks linked the Neolithic front in southern Europe to the Mesolithic peoples of northern Europe,” the researchers concluded. “There was a real cultural link between the ancient Britons and Europe,” said Robin Allaby, of the Univ. of Warwick, who led the study. “So Mesolithic people were not simply and quickly replaced by Neolithic peoples. Instead there was a long period — thousands of years — of interaction between the two.”

Eight millennia ago, Europe might have looked very differently than it does today – in fact, some geologists argue that Britain was still connected to the mainland through a land called Doggerland. But even if a land bridge did exist, the fact that such cultural (and maybe even economic) interaction existed is quite surprising. Allaby and evolutionary geneticist at the University of Warwick, continued:

“We were surprised to find wheat. This is a smoking gun of cultural interaction. It will upset archaeologists. The conventional view of Britain at the time was that it was cut off. We can only speculate how they got wheat — it could have been trade, a gift or stolen.” 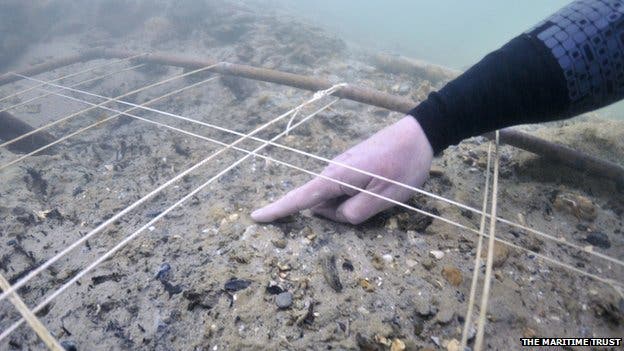 Researchers found fragments of wheat DNA recovered from an ancient peat bog, alongside numerous other DNA fragments from wolves, dogs, deer, poplar, beech, and oak woods. However, no wheat pollen was found from the site, suggesting the plant was not grown nearby. Furthermore, wheat species are endemic to the Middle East so it’s extremely unlikely that they were grown locally. To make things even more interesting, archaeologists found DNA of (likely domesticated) pigs – a staple of Germany in those times.

It seems that a relatively advanced population of farmers arrived in Britain, encountering the local hunter-gatherers. They either traded, gifted or were robbed of their possessions and then left; if they had stayed, they would have likely began cultivating wheat or growing pigs.

Simone Riehl, an archaeologist at Tuebingen Univ. in Germany who also wasn’t involved in the study, said extracting DNA from sediment could revolutionize our understanding of ancient cultures, especially in areas where such evidence is scarce or where it was covered by water.

“The interpretation of ancient DNA signatures from such sediments however will probably remain debatable for a long time,” said Riehl.

The recovered DNA (of the wheat-known as einkorn) was collected from sediment that was once a peat bog next to a river. Since no grains were found in the sediment, the DNA probably came from wheat flour

“Probably the people would use such a product to make a dough. It is a simple matter to add water to flour, resulting in a flatbread which they could eat,” he said.