by Mihai Andrei
in Climate, Geology

Scuba divers have discovered a primeval underwater forest off the coast of Alabama – a cypress forest which was incredibly well preserved for over 50.000 years.

The bald cypress forest was buried under ocean sediments (almost certainly sand), isolated from oxygen (which is the main enemy of preservation), thus preventing them from rotting; however, the underwater forest was uncovered by hurricane Katrina, in 2005, explains Ben Raines, one of the first divers to explore it.

“Swimming around amidst these stumps and logs, you just feel like you’re in this fairy world,” Raines said.

The trees are so well preserved that when cut, they still smell like fresh cypress! The remaining stumps of the small forest cover an area of over 1.3 km, and lie about 18 meters below the surface of the Gulf of Mexico. The bad news is that even though it was recently discovered, now that it is subject to the action of oxygen and marine animals, it will only take another few years before it is destroyed. Even as little as two years could destroy it. 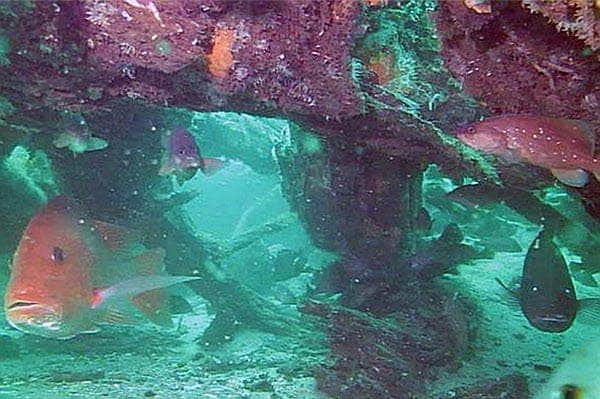 “The longer this wood sits on the bottom of the ocean, the more marine organisms burrow into the wood, which can create hurdles when we are trying to get radiocarbon dates,” Harley said. “It can really make the sample undatable, unusable.”

The forest was dated with the help of carbon isotopes, but the trees’ rings can offer valuable information about the climate of the Gulf of Mexico thousands of years ago, during a period known as the Wisconsin Glacial period, when sea levels (and temperatures) were much lower than they are today.

“These stumps are so big, they’re upwards of two meters in diameter — the size of trucks,” Harley explained. “They probably contain thousands of growth rings.”