by Mihai Andrei
in Art, Physics, Science
A A

To say that women are underrepresented in science is a heavy understatement. While there are certainly striking counterexamples, women in science have a tough time. Low visibility is also an important issue. “If she can’t see it, she can’t be it,” they say — if we want to get more girls and women into STEM, it’s important to show highlight role models. This is exactly what these downloadable posters are for.

They were created by  Nevertheless, a podcast which celebrates women transforming teaching and learning through technology.

“We’d love you to download the posters and print them out for your school or workplace. By taking part, you’ll help raise awareness of their achievements, and hopefully inspire a new generation of girls and women in STEM,” they write.

So, without further ado, here they are (and lest we forget, you can also download the eight posters in Brazilian Portuguese, French, French Canadian, German, Italian, Spanish, and Simplified Chinese). 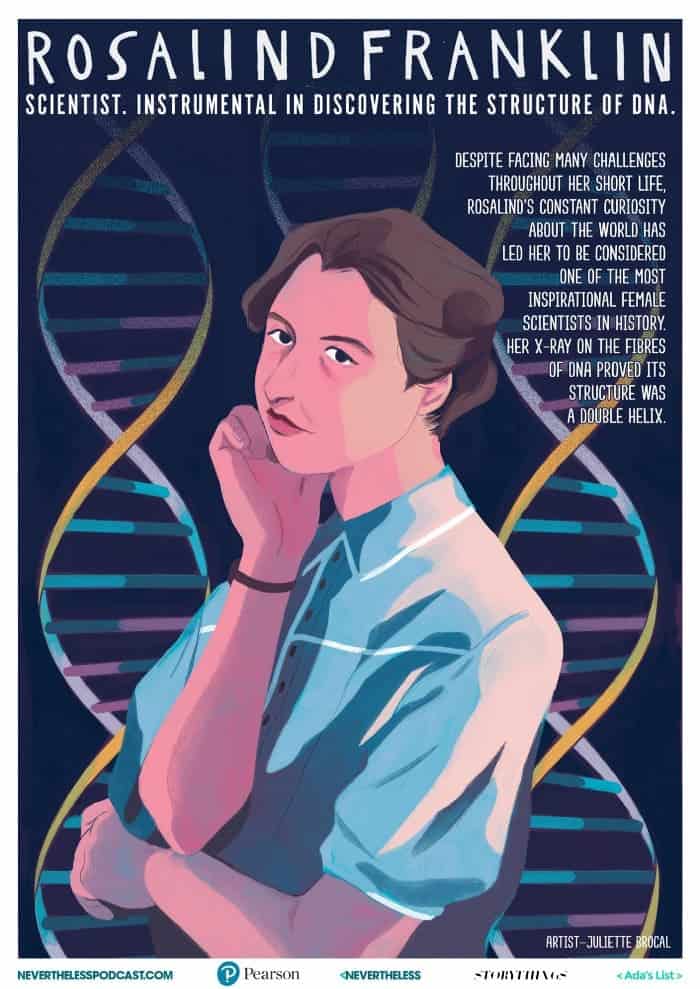 Rosalind Franklin was a true pioneer in molecular structures. Working as a chemist and X-ray crystallographer, her work was instrumental in deciphering the structure of DNA and RNA (as well as viruses, coal, and graphite). However, her contribution remain largely uncredited during her lifetime, as the Nobel Prize was awarded to Francis Crick and James Watson, who left Franklin’s work aside, although it provided the only experimental evidence for DNA’s double helix structure which they proposed.

During her lifetime, she did receive recognition for her work on coal and viruses, but few people were aware how important her contributions in DNA research were. Posthumously, Franklin’s full contribution was acknowledged and recognized. 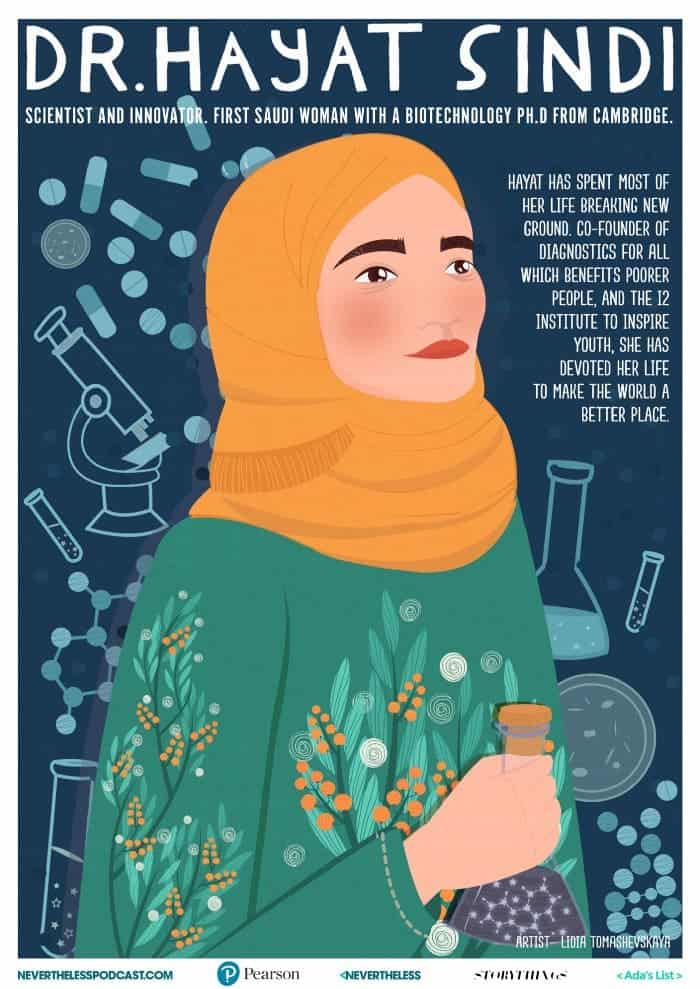 Hayat bint Sulaiman bin Hassan Sindi is a Saudi Arabian medical scientist and one of the world’s leading biotechnologists. She is famous for making major contributions to point-of-care medical testing and biotechnology and was ranked one of BBC’s Top 100 Women.

Along with her scientific contributions, Sindi participated in numerous events aimed at raising the awareness of science amongst women in science. She is without a doubt a champion of science and technology in the Middle East. 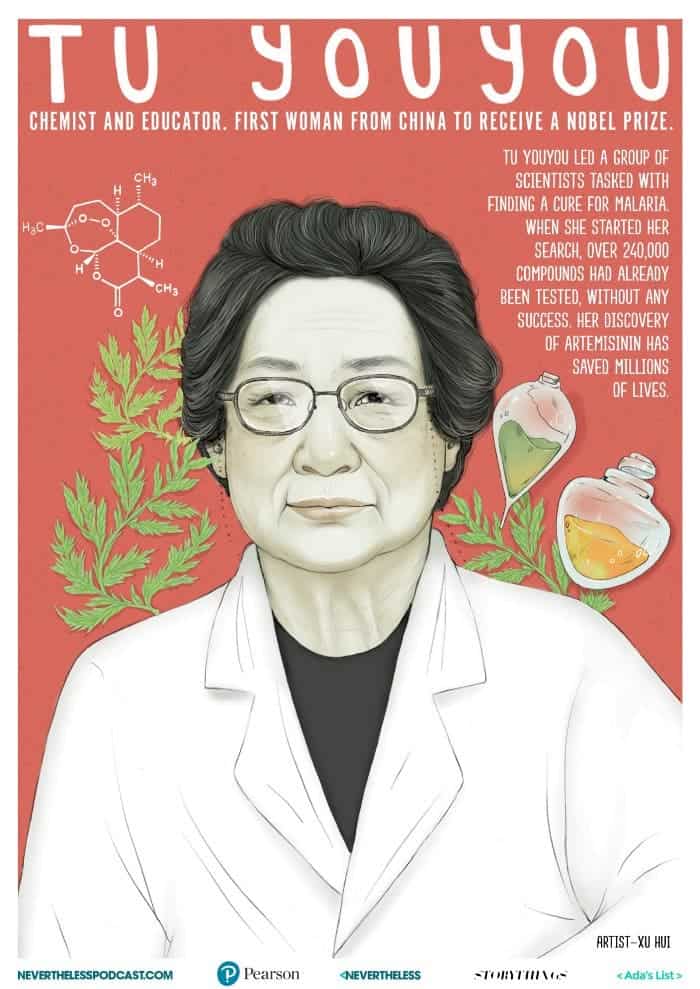 Tu Youyou saved millions of lives. She developed artemisinin (also known as qinghaosu) and dihydroartemisinin, two compounds used to treat malaria. Her work marked a breakthrough in 20th-century tropical medicine, saving millions of lives in South China, Southeast Asia, Africa, and South America. When she carried out her research, scientists worldwide had screened over 240,000 compounds without success, and she had the idea of screening Chinese herbs

She is the first female citizen of the People’s Republic of China to receive a Nobel Prize in any category (2015). She carried out her education and research exclusively in China. 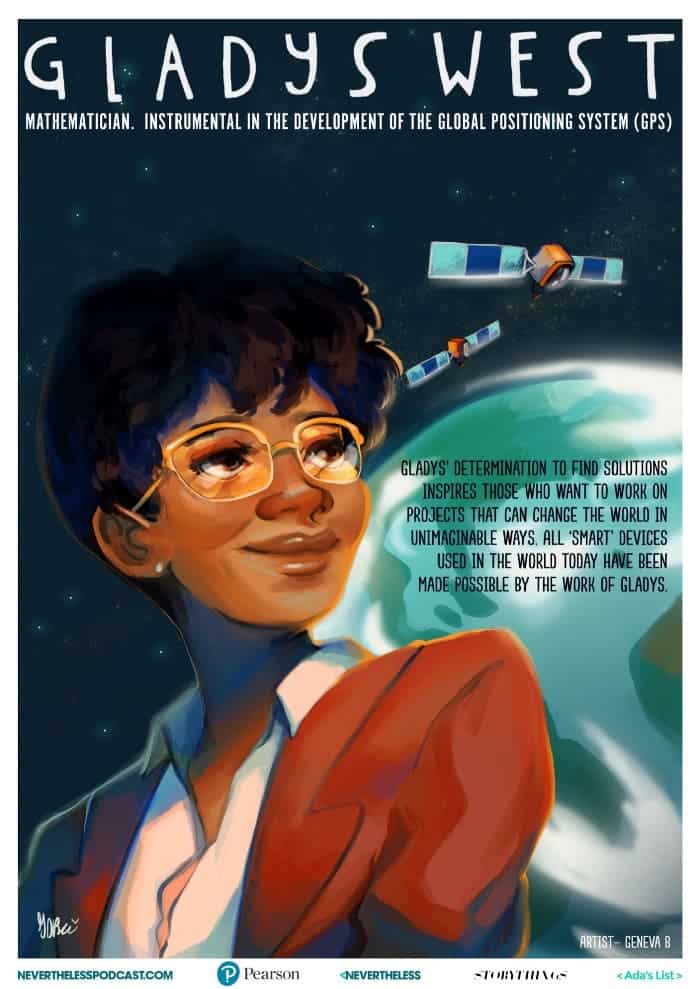 Gladys West is an American mathematician known for her contributions to the mathematical modelling of the shape of the Earth, which served as a foundation for establishing the GPS satellite fleet. However, as she was working as a mathematician in the 1950s, she had no idea that her work would impact the world in such a way. She once commented on this, saying:

“When you’re working every day, you’re not thinking, ‘What impact is this going to have on the world?’ You’re thinking, ‘I’ve got to get this right.’ ” Her contributions to GPS were only uncovered when a member of her sorority read a brief biography West submitted for an alumni function. 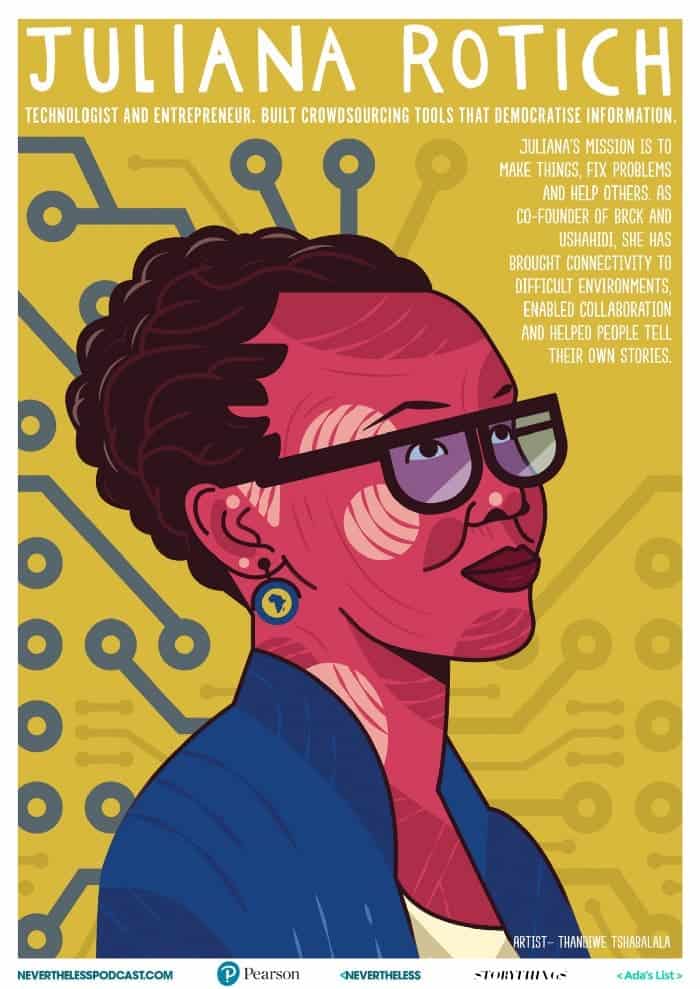 Juliana Rotich has worked in the tech industry for over ten years, creating web tools for crowdsourcing crisis information and coverage of topics related to the environment. She specializes in developing free and open software

She is co-founder of BRCK Inc, a hardware and services technology company based in Kenya, which aims to develop communication in low infrastructure environments — something of utmost importance in the developing world. 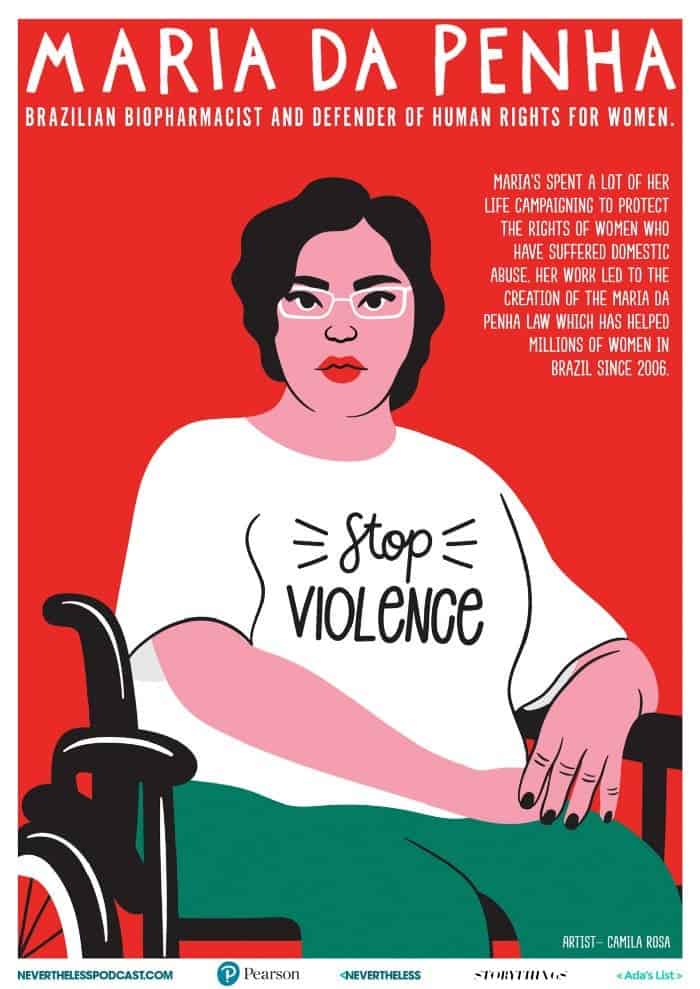 Maria da Penha is a biopharmacist and human rights defender. She has focused much of her efforts advocating for human rights, particularly against domestic violence.

Maria da Penha’s husband tried to kill her — twice. The case languished in court for 20 years, with little in the way of solutions, during which her husband remained free. Ultimately, the Court of Human Rights criticized Brazil for not taking effective measures to prosecute and convict perpetrators of domestic violence. In response to this, the Brazilian government in 2006 enacted a law which increased the severity of punishment for domestic violence against women. It’s called the Maria da Penha law. 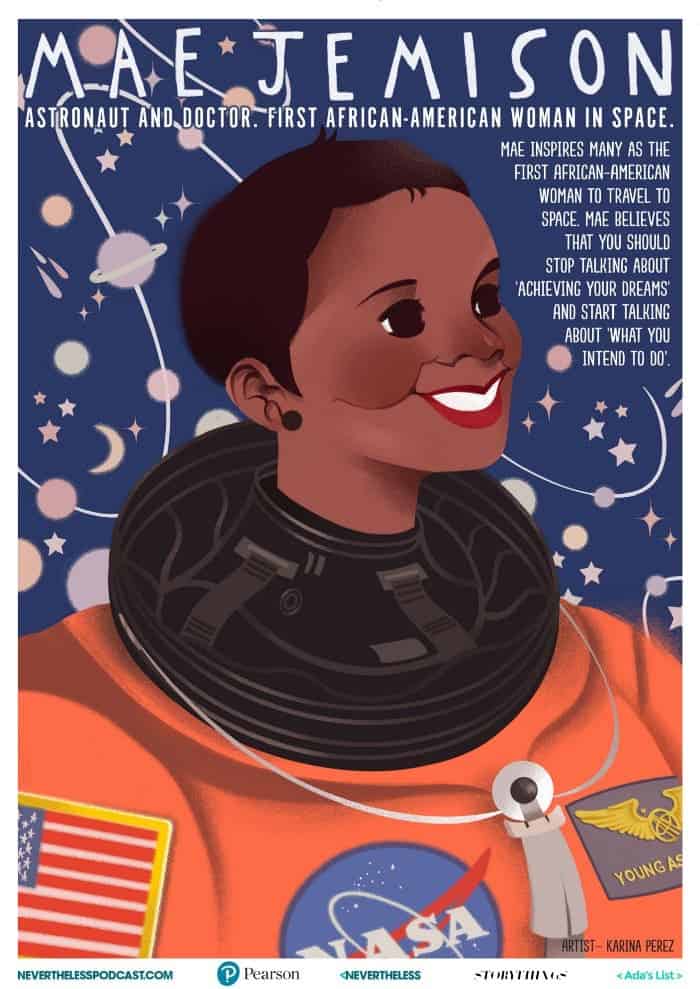 In 1992, Mae Carol Jemison became the first black woman to travel in space, serving as a mission specialist aboard the Space Shuttle Endeavour. She left her home to attend Stanford when she was 16. At the time, there were very few other African-American students in Jemison’s classes and she continued to experience discrimination from her teachers.

While she initially training to become a professional dancer, she became a chemical engineer and a physician — a not very common path for astronauts. She left NASA to start her own company immediately after returning to Earth, and has been active in research, teaching, and entrepreneurship ever since. 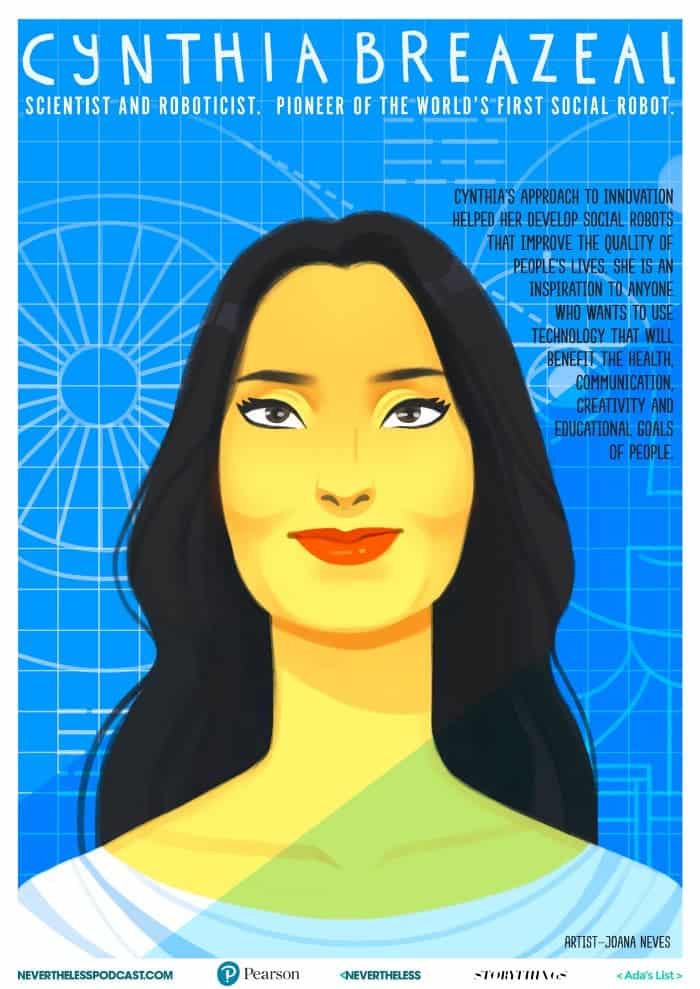 Few things have been as influential in the field of robotics as Cynthia Breazeal. She focuses on social robotics and human-robot interaction and is recognized globally as a leading pioneer and innovator in these fields.

She has published over 100 peer-reviewed articles in journals and conferences on the topics of Autonomous Robotics, Artificial Intelligence, Human-Robot Interaction, and Robot Learning. At the same time, she is an active entrepreneur, with the Jibo robot being one of the first “family robots” on the market. While that venture seems to be less than fortunate, Breazeal’s activity continues as strong as ever and we’ll undoubtedly be hearing more from her in the future.