by Mihai Andrei
in Environment, Home science, News
Reading Time: 3 mins read
A A
Share on FacebookShare on TwitterSubmit to Reddit

A team of Mexican researchers found a way to save 20 trees and 56,000 liters of water for every ton of paper produced – just make them from old plastic bottles. 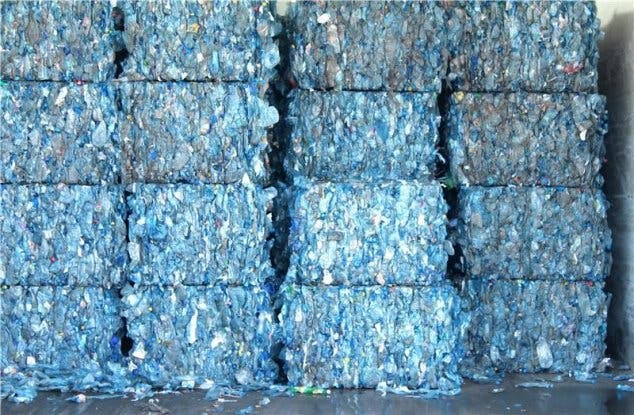 Plastic is one of the main pollutants in the world – the ocean is basically a cemetery for used plastic, with at least 5 trillion pieces floating around in the global waters. Finding a way to recycle plastic, while also saving water and money is always interesting – and that’s exactly what a company called Cronology did. They developed a technique which is 15 percent cheaper than conventional paper making, while also environmentally friendly. The paper is also stronger, higher quality, and resistant to water. They also don’t use chlorine, like the paper industry currently does.

“We manufacture ecological paper created with recycled plastic bottles, calcium carbonate and stone. We don’t use water or chemicals, such as chlorine. The mineral paper is stronger than the standard, you can not break it with your hands, is waterproof, has the quality of being photodegradable and only absorbs the necessary amount of ink when printing,” said Ever Adrian Nava, cofounder of the “Cronology” company, located in Ecatepec, a municipality in Mexico State, just north from Mexico City. “By not cutting trees, nor using water we reduce costs and help the planet,” Ever Adrian Nava, co-founder of Cronology, explained in a press release.

“The mineral paper is stronger than the standard, you can not break it with your hands, is waterproof, has the quality of being photodegradable and only absorbs the necessary amount of ink when printing,” Nava added.

It’s not the first time plastic has been turned into paper, but this is the first time that the process is cost competitive. Companies in Spain and Taiwan for example are also doing this, but for the Mexican company, the cost is 4 times lower.

The process itself breaks down plastic into small pellets and mixes it with calcium and stone. The resulting mixture is then heated to more than 100 degrees Celsius and rolled into large sheets of paper, using a machine somewhat similar to tortilla manufacturing. From 235 kilograms of PET bottles, you get 907 kilograms of mineral paper, while also ensuring that the plastic isn’t dumped some place – it’s a win-win story.

My only question is – if this process is cheaper, produces higher quality paper, and is very environmentally friendly… then why aren’t we using it more?