It's not a simple problem and it doesn't have a simple answer -- but here's what we can do.

by Mihai Andrei
in Feature Post, Pieces, Pollution, Science
A A

There’s no simple solution for the very complicated and pressing problem of plastic pollution — but considerate design could be an important piece of the puzzle.

Plastic is essentially ubiquitous in the modern world. We have plastic packaging, plastic cups, plastic bottles — you name it. Since the 1950s, plastic mass production has increased immensely, and, currently, nearly 60 million tons are produced each year, around 40% of which is packaging.

Much of that plastic ends up in landfills, or, even worse, in oceans. A 2014 study estimated that there are over 5 trillion plastic pieces in today’s oceans, with more than 8 million tons being dropped into the oceans each year. These plastic pieces are of varying sizes, from large and easily visible to microscopic. The impact of the bigger plastic pieces has been documented for decades — nearly every seabird is eating some amount of plastic, which fills up stomachs and can twist and injure intestines. It’s not just birds either. Creatures on all layers of marine ecosystems are feeling the damage, but, particularly when it comes to the smaller pieces, it’s hard to gauge the full extent of this damage.

We often talk about plastic as if it’s one single thing, but plastic comes in many different varieties. Plastic comes in a range of sizes — from big enough to be seen from orbit to regular plastic bottles to microscopic pieces which are abundant in the world’s oceans.

We know that some of the larger parts of the debris cause economic harm, and also environmental harm, along the food chain. There are more plastic pieces in the sea than stars in our galaxy, and these plastic pieces are often ingested by sea creatures. A new study has found that zooplankton are eating a lot of plastic, and this is particularly bad news because this means that the plastic propagates along the entire food chain. So, creatures like birds and fish can ingest plastic directly, but they can also absorb it indirectly, from their food.

Plastic entanglement is also a direct effect. Animals eat plastic and it fills up their stomachs. Then we see rupturing of intestines by plastic with sharp edges. Aside from this direct, physical effect, plastic is also a transporter for other contaminants. The number of cases in which biologists have found stomach-filled fish or birds is already countless and virtually no sea creature is spared from this — no matter where it lives. Plastic has turned the oceans into a minefield for all animals.

The bottom line is, it’s difficult to quantify the full damage caused by plastic pollution because it comes in so many different forms. But we do know that it is there, and it is anything but trivial.

There is a pressure on scientists to come up with this quantification, but the elephant in the room is that it’s bad. We might still not be sure how bad it is, but at the end of the day, we’re simply using too much plastic. Alexandra Ter Halle, who studies molecular interactions and chemical reactivity at CNRS Laboratoire Interactions told a panel at the 2018 European Science Open Forum that while the negative effects are clear, the full extent of the damage caused by plastic pieces is difficult to quantify.

There’s a reason why our society has become so reliant on plastic: it’s cheap and it gets the job done. Economically, it makes a lot of sense to produce a lot of plastic, because it’s so cheap. But the problem is that it’s become so cheap that it often doesn’t make economic sense to recycle it — it’s simpler to simply pump out more and more.

Economically, plastic is a linear product: it’s used for something, you buy it, you throw it away. Herein lies a silver lining.

Plastic pollution is a different kind of problem, very much unlike the global warming it’s so often compared to. The product is in your hand to dispose of, and most plastics can be recycled. We need to move towards a more circular economy, but we need a systemic change — a shift away from the linear consumption of short-lived plastic. This is where we need to step in if we truly want to tackle plastic waste.

Much of the world’s plastic ends up in the oceans, but the solution has to come from the land, not from the oceans.

As soon as the plastic reaches the oceans, it’s essentially gone. Sure, researchers are working on different projects to address this (like for instance plastic-eating bacteria or gathering ocean plastic), but those projects are still in their infancies, and it’s simply naive to assume that that type of approach can solve a global problem.

Instead, increasingly, researchers are calling for a solution that happens before the plastic ends up in the sea. Essentially, we need to reduce the plastic we use and recycle more of it. That’s where we need to strike.

So if we know what the problem is, and we have a general idea how to tackle it, what’s holding things down? The problem — or rather, one of the problems — is design, says marine plastics expert Professor Richard Thompson. Producers don’t design thinking about the end of life, they just want to sell. So they focus on the product attractiveness, and not on recycling.

Around 40% of all the plastic we use is packaging. Single-use, plastic packaging.

Thompson says that, in his experience, he has found that designers don’t really communicate with people dealing with the end-of-life of plastic. So, while most countries have labels about recycling packaging, that’s not really a practical consideration. The “Can it be recycled” label is more “Can this be done in a lab setting?” and not “Is this realistically feasible?” — so we end up with many plastic packages that are recyclable in theory, but in practice, end up in landfills or oceans. If we can get the creators and the recyclers of plastic to sit down at the same table, then we have a very good starting point. This is where plastic could start moving from a linear lifecycle to a more circular one.

A simple example is colored plastic bottles. The main reason why producers do this is brand differentiation — they think consumers will like it more. But the pigments in the colored bottles make it much more difficult (and often impossible) to recycle the plastic.

Still, the problems stray way beyond the difficulty of recycling some plastics. The reality is that only about 10% of what’s produced gets recycled back into new products — and, if we really want to make things sustainable, we need to ensure that it can be recycled more than once (about 20 times would be a good target, Thompson says). If we plan to achieve that, we need to design with recycling in mind, and we need all the stakeholders sitting at the same table.

Imagining a recycling revolution without policies to facilitate it is difficult. The companies involved have significant inertia and very little incentive to change how they do things. Sure, on a smaller scale, individual companies can make a big difference. In Germany and the Netherlands, for instance, plastic-free aisles have gone mainstream, and are reporting impressive success.

But in the giant industry that is packaging, a good policy can oil some very key wheels , facilitating the entire recycling process.

For instance, politicians can incentivize new technologies. It seems like every other week we read about an alternative to plastic, or some form of more eco-friendly plastic, but it rarely if ever hits the shelves — the problem being, of course, economic. Even subsidizing existing technologies can make a big difference and help tune the market in a more sustainable direction. You can’t fix it all with circularity, at some point, you need new, better materials to enter the stage and hit the shelves.

Then, you have punitive measures like plastic bag bans, which have been enormously successful in various parts of the world. But punitive measures and bans can’t solve it all. Legislation can achieve a lot, but we can’t legislate against the diversity of all plastic uses, Thompson argues. So he suggests a different type of policy: incentivizing producers to make more recyclable products. Simply put, how about reducing taxes for producers that recycle more, and increasing them for companies that don’t recycle? 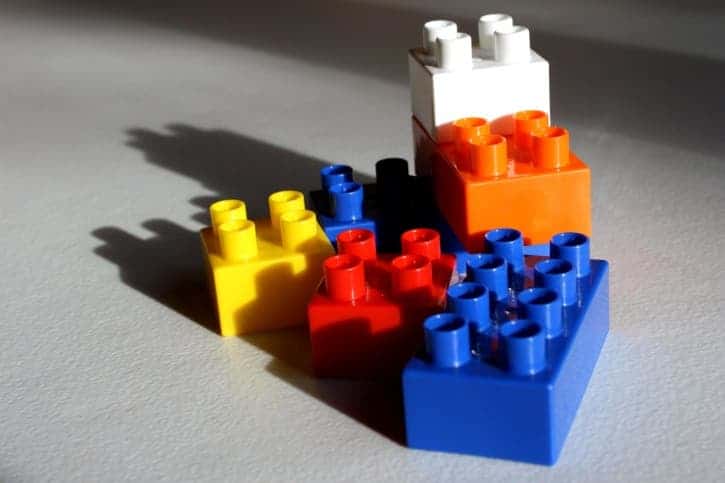 Lastly, if we want a true change, we will have to shift our attitudes towards plastic.

Thompson brings forth an interesting argument: we don’t actively think of plastic pollution as a problem we, as consumers, can fix. It’s not in our culture.

“If you’d go into the bathroom and you’d see hot water running, you’d stop it, because you want to stop waste. We need to make it like that with plastic: we need a culture shift to improve plastic use,” he explains.

So how do we change that? Again, this can be greatly facilitated by a healthy partnership between producers, sellers, and policymakers. If policy supports the production of more sustainable plastics, producers will no doubt advertise it, and there is a good chance at least some consumers will prefer these options over the others.

But we cannot wait for the change to come from the outside. We have to consider ourselves as active actors in this affair — actors that, for better or for worse, can influence the outcome. We can push producers towards more healthy alternatives and be more conscious of how and what plastic we use.

In the end, plastic pollution is one of the biggest challenges of our times, and we all have to work together if we want to solve it. It’s not easy, but it’s definitely worth it.