by Dragos Mitrica
in News, Pollution

Our oceans are clogged with plastic – that’s already a well known fact by now. A major study in 2014 concluded that there are over 5 trillion pieces of plastic in the world’s oceans, while another one suggests that the ocean’s bottom might also be a cemetery for garbage. To make things even worse, there’s a garbage island twice as big as France in the Pacific Ocean and trillions of plastic pieces ar also trapped in the Arctic ice. Now, a new study has quantified the rate at which we are putting plastic into the oceans: 8 million metric tons of plastic a year (in 2010); that’s five shopping bags full of plastic for every foot of coastline in the world. 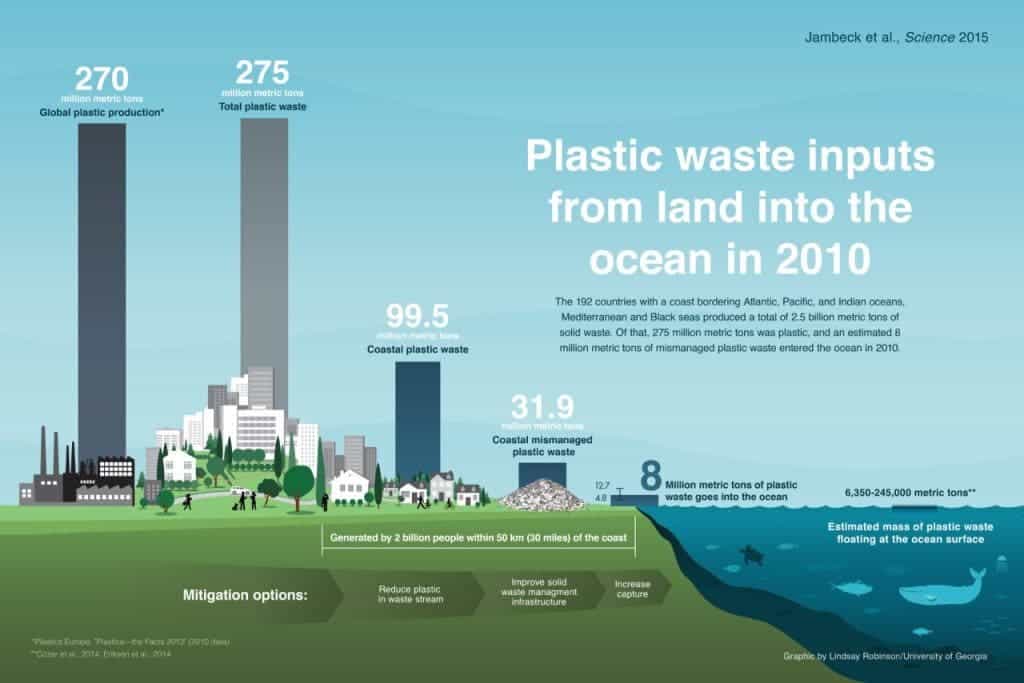 The main “contributors” are China and Indonesia, with the United States polluting surprisingly little in terms of ocean plastic.

The rate at which we are littering the ocean with plastic could double over the next decade, and we still have no decent way of dealing with all this pollution. Jenna Jambeck, an environmental engineer at the University of Georgia and lead author of the study is confident that her study is actually an understatement of how bad the situation really is, because much of the plastic actually sinks to the bottom of the ocean and cannot be accounted for.

The debris come in many forms, from the usual suspects like six-pack plastic rings (the bane of turtles) to microplastics (tiny bits of debris smaller than your fingernail ). Microplastic are probably even more dangerous, as they threaten marine life of all sizes, from whales to barnacles, as they are easy to swallow and may contain dangerous chemicals. 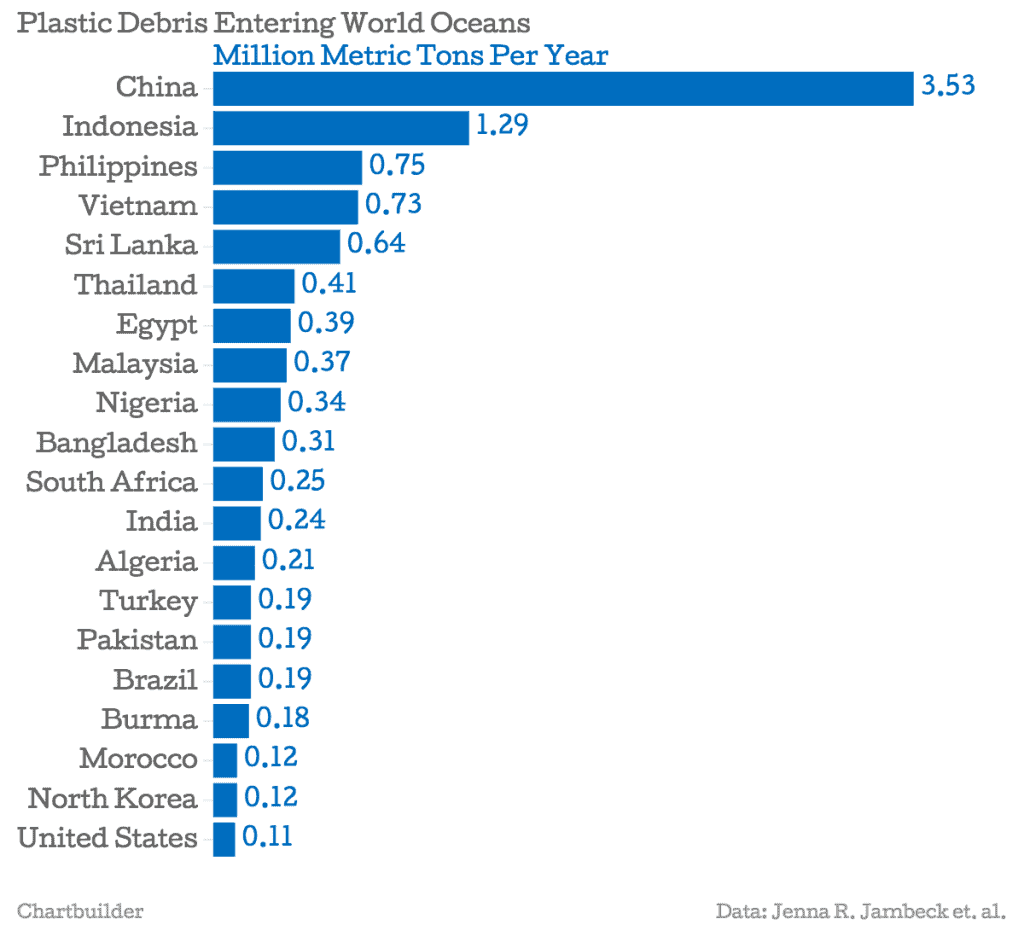 The trends are pretty consistent – it’s not the more developed countries responsible for most of the pollution, it’s the middle-income countries, especially those that have begun to industrialize but have not yet figured out how to manage their waste and recycle. Looking at things this way, the US is actually an outlier – for all their advancements, they are the only developed country on the top of the list.