Dengue is a mosquito-borne disease that causes flu-like symptoms but can be lethal and kill up to 20% of those with severe dengue.

Dengue is a mosquito-borne disease that causes flu-like symptoms but can be lethal and kill up to 20% of those with severe dengue. In the last five decades, dengue has spread from being present in a handful of countries to being endemic in 128 countries, where about four billion people live. WHO has listed dengue as one of the top global health threats in 2019 alongside Ebola, global flu pandemic, HIV, antimicrobial resistance and many others. 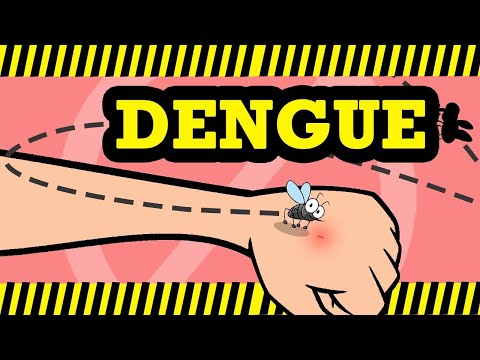 Dengue cases have also increased 30-fold in this time period. In addition, more people are traveling than ever before and millions of travelers to endemic areas are also at risk of being bitten by the disease-carrying mosquitoes. A high number of cases occur in the rainy seasons of countries such as Bangladesh and India. Now, its season in these countries is lengthening significantly (in 2018, Bangladesh saw the highest number of deaths in almost two decades), and the disease is spreading to less tropical and more temperate countries such as Nepal, that have not traditionally seen the disease. An estimated 40% of the world is at risk of dengue fever, and there are around 390 million infections a year.

There is no specific treatment for dengue fever. For severe dengue, medical care by physicians and nurses experienced with the effects and progression of the disease can save lives – decreasing mortality rates from more than 20% to less than 1%. Maintenance of the patient’s body fluid volume is critical to severe dengue care.

The first dengue vaccine, Dengvaxia® (CYD-TDV) developed by Sanofi Pasteur was licensed in December 2015 and has now been approved by regulatory authorities in 20 countries for use in endemic areas in persons ranging from 9-45 years of age. In April 2016, WHO issued a conditional recommendation on the use of the vaccine for areas in which dengue is highly endemic as defined by seroprevalence of 70% or higher. In November 2017, the results of an additional analysis to retrospectively determine serostatus at the time of vaccination were released. The analysis showed that the subset of trial participants who were inferred to be seronegative at time of first vaccination had a higher risk of more severe dengue and hospitalizations from dengue compared to unvaccinated participants.

A new vaccine, TAK-003, is based on a live-attenuated dengue serotype 2 virus. Preliminary data through 15 months (Part 1 of the trial) showed that the vaccine met the primary efficacy endpoint of preventing virologically-confirmed dengue fever induced by any of the four dengue serotypes. In addition, the vaccine was found to be well-tolerated with no significant safety concerns.

We are excited to announce that we met the primary endpoint in the pivotal Phase 3 efficacy trial of our #dengue #vaccine. Read the release here: https://t.co/4NQr2I56ek pic.twitter.com/9HlQMh0gra

“We are excited to publish the data in a peer-reviewed journal as quickly as possible,” said Rajeev Venkayya, MD, and President at Takeda. Part 2 of the trial will evaluate secondary outcome measures including vaccine efficacy by serotype, baseline serostatus and severity; long-term safety and efficacy evaluation (an additional 3 years) will be included in the third part of the study.

Takeda expects to file for licensure once Part 2 of the study is complete in each of the eight countries where its clinical trial took place: Brazil, Colombia, Panama, Dominican Republic, Nicaragua, Philippines, Thailand and Sri Lanka. The company plans to file in the U.S. and Europe within a year of filing in dengue-endemic countries, Venkayya said. Takeda and dengue experts are already planning ways to review the latest vaccine data with those regulators.

The Global Dengue & Aedes-Transmitted Diseases Consortium (GDAC), a group funded in part by drugmakers that works closely with WHO, scheduled a meeting for early March in Bangkok with regulators from at least six countries to take a first look at Takeda’s results, said Dr. In-Kyu Yoon, director of GDAC.