After the successful docking of the first private space shuttle, China announced it is preparing its next step in the ambitious space flight project: the country’s first manned space docking. The Shenzhou 9 spacecraft will dock with the Tiangong 1 orbital module “sometime in mid-June,” according to official statements. However, the government didn’t announce how long the mission will last. 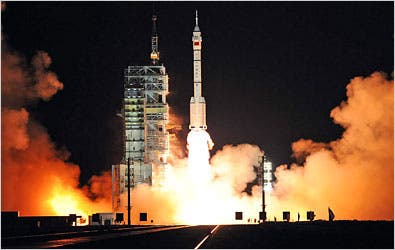 Niu Hongguang, deputy commander-in-chief of the country’s manned space program said the crew may include female astronauts, but the decision will be made “on the very last condition.”

The plan, released to the public, showed that China will employ many civilian and military resources to reach their goals The People’s Liberation Army drives China’s space program, and civilian institutions such as universities and laboratories will have to play their part.

So far, the Chinese space program has been off to a flying start but analysts believe they are still many years behind the USA. However, one can only admire their policy of using its own aerospace engineers, and investing billions and billions of years. Only 9 years have passed since their first space flight, and only in 2008 did Chinese astronauts take their first spacewalk.