Chemists uncover powerful reactivity, paving the way for a new class of molecules

by Henry Conrad
in Chemistry, News
Reading Time: 3 mins read
A A
Share on FacebookShare on TwitterSubmit to Reddit

Click chemistry is a term applied to chemical synthesis tailored to generate substances quickly and reliably by joining small units together. It is not a specific method, but rather a mix of methods that follows examples in nature. The term was first coined by Sharpless in 1998, and was further described, used and expanded in following years. Sharpless went on to win the Nobel Prize for his work on other reactions though. Nature routinely makes spiral or shaped molecules such as DNA, but until recently, researchers couldn’t make “left handed” or “right handed” molecules. The reactions developed by Sharpless (not click chemistry) enables them to create such molecules at will. Still, his even greater achievement is regarded to be click chemistry.

True click reactions have guaranteed reliability and are environmentally “green,” proceeding in water, under normal atmospheric conditions, and without significant byproducts. Now, he has proven the value of it once again highlighting new SuFEx—Sulfur Fluoride Exchange—reactions, which enable chemists to link molecules of their choice together using derivatives of a common commercial chemical considered essentially inert. In 2002, he and his team described another class of reactions, the copper-catalyzed azide-alkyne cycloaddition (CuAAC), which is of widespread use today in drug discovery, biology and materials science.

“This is a new, emergent phenomenon,” said Sharpless, the W.M. Keck Professor of Chemistry and member of the Skaggs Institute for Chemical Biology at TSRI. 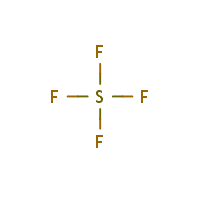 But SuFEx offers even more reach and potential, especially as the team was able to reliably and predictably manage the reactivity of SuFEx, giving access to a new class of molecules.

“Sulfer fluoride compounds are known for their high stability, yet we eventually realized that there are ways to make them usefully reactive—the speed and varied reaction environment it tolerates is amazing,” said Jiajia Dong, a research associate at TSRI and lead author of the new report.

In the history of biological life on Earth, sulfate molecules have never been found, but SuFEx has been shown to be tolerated by and within the chemistry of life. The key here was SO2F2, the commercial gas known as Vikane – the world’s most common fumigant, a cheap and readily available chemical. The team reports that they will quickly be able to reduce manufacturing costs for existing products and start working on developing new products for various industries.

“We believe that we can, with near-perfect control, use sulfur fluorides as general connectors for joining molecular building blocks,” said Dong.

The reaction can also produce polysulfate plastics, a whole class of relatively unexplored materials. Polysulfate plastics are strong, resilient and transparent, with the potential to replace the ubiquitous polycarbonate polymers. As a matter of fact, initial tests indicate this new plastic may be more resistant to impact and degradation than polycarbonates.

“But this was just one demonstration of the technique,” Dong emphasized. “The control and the selectivity that we have in this process mean that we can polymerize a wide variety of different building blocks.”

Chemists are now figuring out the potential applications of SuFEx.