BP to pay record fine in case of oil spill

Remember the BP Deepwater Horizon oil spill in the Gulf of Mexico? It is one of the biggest environmental disasters in the human history, and it just couldn’t fade away, despite what big oil companies expected. According to three sources, the company will plead guilty to criminal misconduct, paying a record $7.8 billion. 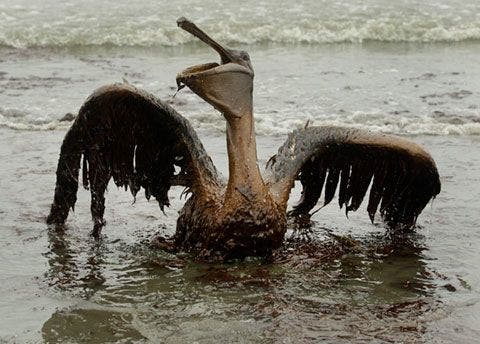 They will settle on these terms in exchange for a waiver of future prosecution on the charges. The London based oil giant has been negotiating with the US government for two years, with the discussions being about “proposed resolutions of all U.S. federal government criminal and SEC claims against BP in connection with the Deepwater Horizon incident“.

BP has already announced settlements of $7.8 billion to resolve litigation brought by over 100.000 individuals, but they could be asked to pay an additional $21 billion under the Clean Water Act – something they hope to avoid.

Thankfully, justice seems to work in this case, and this criminal negligence will not go unpunished.

“That such a simple, yet fundamental and safety-critical test could have been so stunningly, blindingly botched in so many ways, by so many people, demonstrates gross negligence,” the government said in its August filing.