by Tibi Puiu
in Biology, Nanotechnology, News, Technology
A A

In nature, organisms communicate in various ways, be it through acoustic or biological signals. Insects, for instance, communicate and relay important information, such as a threat to a hive, using pheromones – an excreted chemical with a particular signature. Scientists at the University of Warwick in the UK and the York University in Canada have created a molecular communications system which they used to send a continuous signal, like a text message, just by spraying alcohol molecules. The system in a more advanced form could facilitate communication in environments where electromagnetic waves can’t be used, like through pipelines or oil rigs.

Previous attempts also relayed information using molecular signaling, however this is the first time continuous data transmission has been achieved. Moreover, the system was built using off-the shelf components with an overall cost that doesn’t exceed $100.

The message is inputted through an LCD Shield Kit then encoded by an Arduino board as a binary sequence – 1 corresponds to higher concentration of molecules, while 0 to lower concentration. In their demonstration, the researchers programmed a sprayer to release evaporated alcohol molecules several meters across open space before it was decoded by a receiver. The message was “O Canada” – a tribute to the Canadian national anthem.

“We believe we have sent the world’s first text message to be transmitted entirely with molecular communication, controlling concentration levels of the alcohol molecules, to encode the alphabets with single spray representing bit 1 and no spray representing the bit 0,” said York doctoral candidate Nariman Farsad, who led the experiment.

“Imagine sending a detailed message using perfume — it sounds like something from a spy thriller novel, but in reality it is an incredibly simple way to communicate,” said Dr. Weisi Guo from the School of Engineering at the University of Warwick.

“Of course, signaling or cues are something we see all the time in the natural world — bees for example use chemicals in pheromones to signal to others when there is a threat to the hive, and people have achieved short-range signaling using chemicals.

“But we have gone to the next level and successfully communicated continuous and generic messages over several meters.

The system could find potential use in medicine. Recent advancements have allowed nanoscale devices to be embedded into organs, for instance, where they sense and gather important data. In this tiny environment, however, there are some constraints to using electromagnetic waves to propagate information – after all an antenna can only be so small. Chemical communication require very little energy, is bio-compatible and could thus provide the means to solve this problem.

A more immediate practical application, however, may be seen in places like pipe lines, sewers or oil rigs. The molecular communication system could be used here to send important safety information and advert potentially catastrophic accidents. 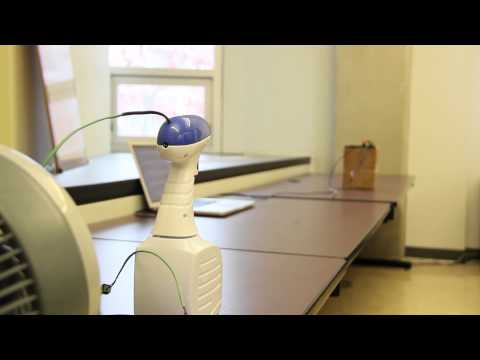 The system was described in a paper published in the journal PLOS ONE.