Scientists estimate how many species exist, and why this matters

by Mihai Andrei
in Biology, World Problems
Reading Time: 2 mins read
A A
Share on FacebookShare on TwitterSubmit to Reddit

As the saying goes, there are plenty of fish in the sea, but just how many, exactly? We are still far away from giving an accurate number, but according to a team of scientists working for the Census for Marine Life, the number we are looking at is 8.74 million, give or take 1.3 million, out of which 2.2 million are living in the Earth’s oceans. 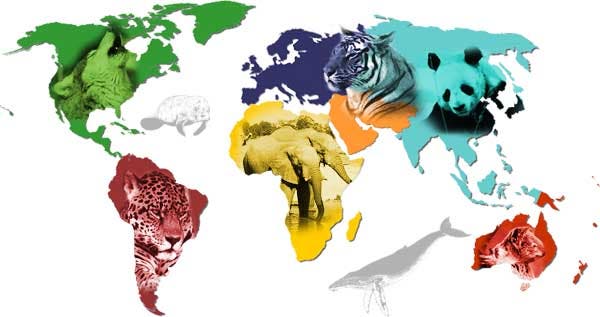 The study was published in PLoS Biology, and even though it may not seem very accurate, it is a vast improvement from the last estimates: 3 to 100 million. But why does this even matter? Well, as one of the study authors notes, if the aliens come to visit us, one of their first questions would probably be ‘how many species are there on your planet?’; but one a more serious level, we are responsible for the death of an alarming number of species, and if things continue this way, there will be no major improvement.

It is currently estimated that each year, some 30.000 species become extinct. Just so you can get an idea, this amounts to three per hour. If you’re still not impressed, this extinction rate is similar to that that wiped out the dinosaurs 65 million years ago! But this time there’s no meteorite, just mankind.

Speaking a few years ago as the president of the Royal Society about the rate at which human activity was driving other species to extinction, Lord May made some extremely insightful comments:

“We are astonishingly ignorant,” Lord May told the programme, “about how many species are alive on earth today, and even more ignorant about how many we can afford to lose while still maintaining the vital ecosystem services that humanity ultimately depends on.”

Perhaps this is why some biologists believe we are threatened more by this mass extinction than by global warming.