As the global oil supply is starting to grow thin, the Arctic area seems to be more and more interesting to oil barons, but of course, there’s the problem of those pesky protected animals – so what do we do? Get rid of that, of course. A group of plaintiffs including the state of Alaska (who has already said they believe polar bears are just slowing the natural resources exploitation), hunters, and of all things, the California Cattlemen’s Association challenged the protected status of polar bears, deeming it as “arbitrary and capricious”. 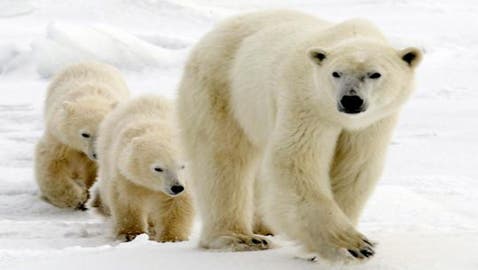 It’s like one of those old movies or Captain Planet cartoons – basically, the big shots want to get the polar bears out of the picture so they can move on with their affairs, despite the obvious, irreparable damage which will be done to the environment. Polar bears have been declared endangered because their icy habitats are continuously retreating (as a consequence of global warming), and not only are they affected directly, but their prey is also affected. Still, Murray Feldman, a lawyer representing Alaska, and other appellants told the U.S. Court of Appeals for the District of Columbia that the decision to list polar bears as ‘threatened’ species was based on flaw models, and that polar bear populations will continue to remain stable even after the oil rigs are put in place. 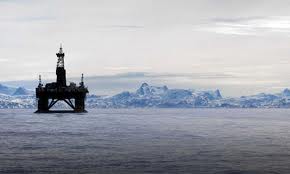 How can I even get started with this? It’s common sense, polar ice has reached a historic minimum, and if the general trend continues, it will go lower and lower each year. Polar bears require … polar environment; without it, they will perish as a species. Also, oil rigs will create a number of associated environment hazards, all of which will contribute to the demise of the species (pollution, destruction of habitat, scaring off other animals, etc). Katherine Hazard, a lawyer for the Interior Department’s Fish and Wildlife Service explained that polar bears have been declared endangered following decade-long studies and reports.

“The agency needs to make a determination based on the best available science, which the agency did here.”

The interests are, of course, significant, so they aren’t challenging the status just on a whim. This is a serious situation, which could create an extremely dangerous precedent. If they will be allowed to go on with these shenanigans, if they will be allowed to continue with oil extraction plans, we will lose something much more important than resources: we will lose our humanity.