Convergent evolution: when two kids show up with the same costumes 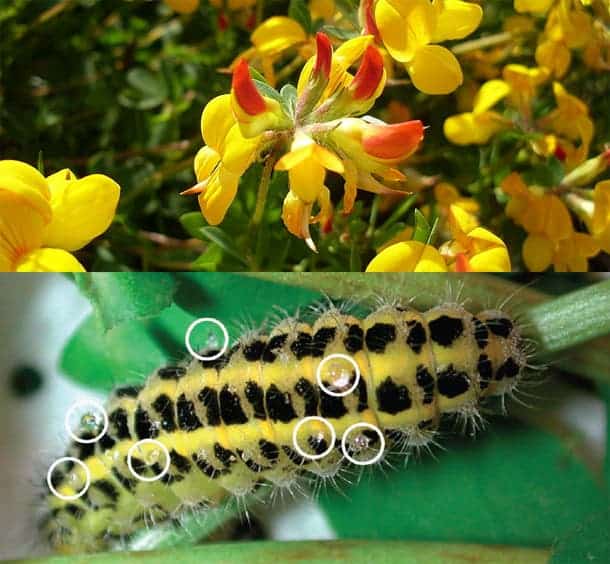 Cyanide is nasty. I don’t care if you’re a venomous snake, an elephant or Charlie Sheen, cyanide is something you don’t want, which makes it an excellent defense mechanism. Lotus corniculatus, commonly known as the bird’s-foot trefoil, a plant common throughout Europe, Asia and Africa has evolved so that it’s leaves have a cyanide reservoir, to keep away unwanted pests. If you come across this plant however, there’s a good chance that you will also come across the caterpillars of the burnet moth, which also contain a highly toxic dose of cyanide.

The two poisons are absolutely identical chemically, and it goes even further: they are produced in exactly the same way. But the two species developed this ability in two completely different ways, by successive tweaking of genes. The discovery, made by Niels Bjerg Jensen at the University of Copenhagen, is among the best examples for convergent evolution – the process in which two of nature’s children appear at life’s party wearing the same clothes, but bought from different genetic stores.

This example may not seem spectacular at a first glance (even though it is), but convergent evolution is often remarkable. For example, a good example of it is bats and whales, who evolved the same sonar ability; another one is shrews and lizards, which developed the same venom. But believe it or not, this example is the most spectacular one, because it crosses the barrier between two separate kingdoms of life !

After 1.4 billion years of separate evolution, they develop the same thing, in exactly the same way ! This is evolution at its finest, and yet another example that (as childish as this may seem) mother nature rocks.