Average atmospheric CO2 levels last month were the highest we’ve ever recorded, ever

by Alexandru Micu
in News, Pollution, Science, Videos, World Problems
A A
Share on FacebookShare on TwitterSubmit to Reddit

Atmospheric concentrations of carbon dioxide have set a new and worrying record: for the first time in recorded history, levels averaged higher than 410 parts per million (ppm) throughout the whole month.

Last year, CO2 levels in the atmosphere hit the highest concentration they’ve reached in millions of years — 410 ppm. It wasn’t a pretty sight, and it was a testament to humanity’s advancements: for better or worse, we had become a geological force.

This April, we’ve reached an even more ignoble record: we’ve seen average atmospheric CO2 levels rise above the 410 ppm mark and stay there throughout the whole month for the first time in history.

When it comes to atmospheric CO2 levels, Keeling is the guy to talk to. You could say he was born and bred for it — the chart we use to keep track of these levels, the Keeling Curve, is based on the work of the late Charles David Keeling, Ralph’s father. It was this curve that first hinted to the possibility of anthropogenic contribution to the greenhouse effect and global warming.

The readings on which the Keeling Curve is based first began at the Mauna Loa Observatory in 1958. At the time, measurements indicated a CO2 concentration of roughly 315 ppm. Just 60 years later, we’ve passed the 410 ppm threshold. This April, the average concentration was 410.31 ppm, according to data published by the Scripps Institution of Oceanography.

This is the first time in the observatory’s history that a monthly average exceeded 410 ppm, the institution adds. 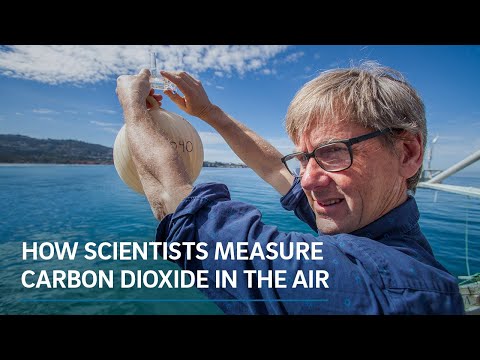 It’s not, strictly speaking, the first time atmospheric CO2 levels have reached 400 ppm. We know of at least one previous case where it happened — we call it the Pliocene warm period, and it lasted from around 5.3 to 2.6 million years ago. What was going on during that time? So glad you asked.

Earth in the mid-Pliocene doesn’t seem very different from that of today at first glance — in general, it was 2 to 3°C warmer than nowadays. Carbon dioxide levels were, again, about the same as today. The seas, however, not so much — the global sea level was about 20 to 25m higher than it is today. The Northern hemisphere couldn’t maintain almost any permanent ice sheets up until very near the end of the Pliocene, around 3 million years ago, and all that liquid water swelled the oceans.

Other things the Pliocene lacked in spades were coastal cities, globalized economies, or masses of people to suffer from the environmental damage.

What’s particularly worrying for researchers today isn’t the CO2 concentrations themselves — it’s how fast we’re increasing them. The Pliocene level “was sustained over long periods of time, whereas today the global CO2 concentration is increasing rapidly,” according to scientists in the Fourth National Climate Assessment, Volume 1, a federal report published last year.

Before the Industrial Revolution, CO2 levels fluctuated very slowly, over thousands of years. According to researchers at the Scripps Institute, however, these levels never once exceeded 300 ppm once in the past 800,000 years. Around 1880, CO2 levels peaked at about 280 ppm. That makes today’s levels a staggering 46% higher than those just over a century ago.

“It’s as if we discovered that something we eat every day is causing our body to run a fever and develop all kinds of harmful symptoms — and instead of cutting back, we right keep on eating it, more and more,” tweeted climate scientist Katharine Hayhoe about the findings.

“If that isn’t alarming, I don’t know what is.”