Saturn may be surrounded by undiscovered partial rings

by Mihai Andrei
in Astronomy, Space
Reading Time: 1 min read
A A 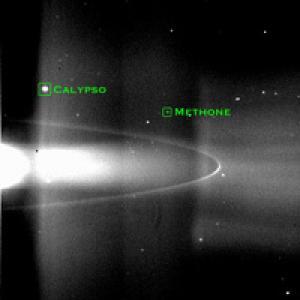 There are still so many things we don’t know about our solar system, and if by some way we manage to acquire information about it, probably many mysteries would be solved. Still, it’s always nice to see that scientists are not wasting time and almost every week they find something incredible.

For example, gaps in the soup of high energy particles near the orbits of two of Saturn’s tiny moons indicate that Saturn may be surrounded by undiscovered, near-invisible partial rings. aturn’s interior is hot (12000 K at the core) and Saturn radiates more energy into space than it receives from the Sun. Until 1980, the structure of the rings of Saturn was explained exclusively as the action of gravitational forces.

“These observations tell us that even Saturn’s smallest moons could be a source of dust in the Saturnian system,” said Elias Roussos, the paper’s lead author from the Max Planck Institute for Solar System Research in Katlenburg-Lindau, Germany.

“What’s odd is that these inferred ring arcs still remain undetected in Cassini images, while the rings at Janus, Epimetheus and Pallene orbits, thought to form under the same process, are visible,” said Roussos. “This means the dust grains making up these two different classes of rings have different characteristics and sizes. However the reason behind this difference is a mystery.”