Buried soldiers may be the victims of ancient chemical warfare 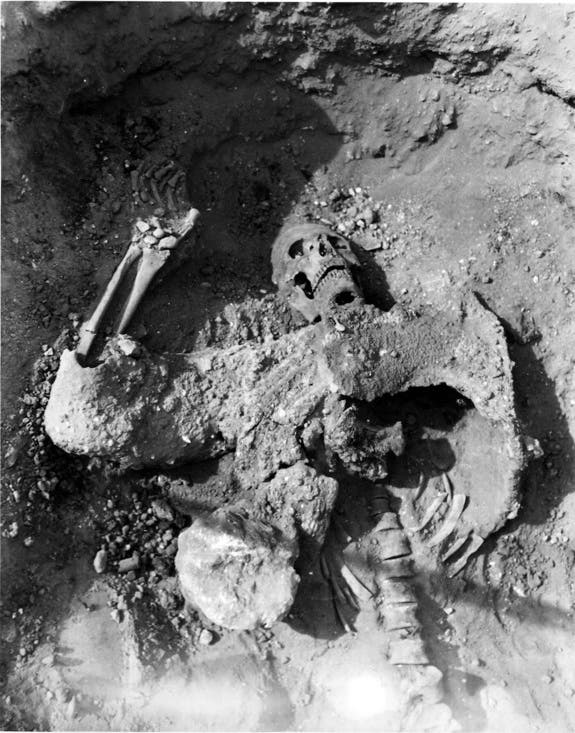 In 256 AD, 19 Roman soldiers were rushing into a small underground tunnel, to defend the Syrian city (held by Romans) of Dura-Europos; their enemies were the Persians, who were digging a tunnel to undermine the city’s mudbrick walls. The Romans were the elite soldiers of their time, armed with crystal-pommeled swords, and sturdy shields to protect them from every weapon known to them. But what they were up against in that day was unknown to them – and it led them to their doom. Fighting against an enemy they couldn’t see, the Roman soldiers succumbed after inhaling toxic black smoke that turned to acid in their lungs. They didn’t even stand a chance.

At that time, the fight between the two sides was in a way like a game of hide and seek, with the Persians digging up tunnels to bring down the city walls, and the Romans diggin counter tunnels, to intercept the Persian ones. It was the Persians who outsmarted their opponents this time, showing a better understanding of chemical warfare; they quickly created a fire and threw crystals of sulphur and bitumen in their own tunnel, departing quickly and leaving the Romans to face a sudden death. They had one casualty though, one Persian probably falling victim of his own weapon.

“It’s a circumstantial case,” he said. “But what it does do is it doesn’t invent anything. We’ve got the actual stuff [the sulfur and bitumen] on the ground. It’s an established technique.” If the Persians were using chemical warfare at this time, it shows that their military operations were extremely sophisticated, James said. “They were as smart and clever as the Romans and were doing the same things they were,” he said.

As a matter of fact, chemistry was used a lot in Ancient warfare, despite what most people think; the horrors of war back then were somewhere between brutal and unimaginable, and even archaeologists sometimes wonder as to how much creativity human people can show, with ancient means, when it comes to hurting or killing other people.