Tiaras, snake-head bracelets and buttons – all made of gold, were found in the Getae burial site near northern village of Sveshtari, Bulgaria. 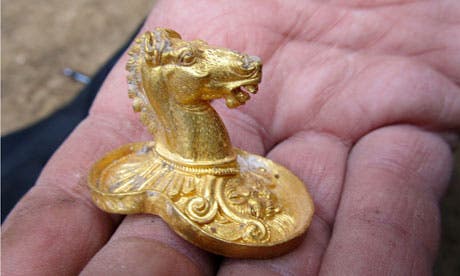 Bulgaria really seems to be an archaeological paradise at the moment; after finding the oldest European prehistoric town, archaeologists have stumbled upon another great treasure, in a different area. The artefacts have been dated to the end of the fourth or the beginning of the third century BC, and were found in approximately 150 ancient tombs. The treasure included a golden ring, 44 female figure depictions and 100 golden buttons. 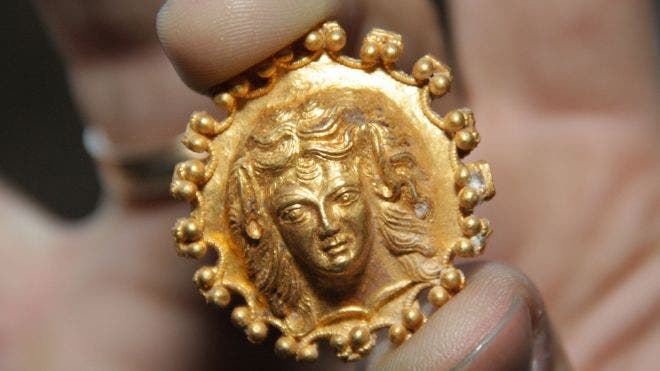 The tomb belonged to a population called the Getae, a Thracian tribe that was in contact with the Hellenistic world. The Getic people lived in today’s Bulgaria and Romania, near the Danube river which started out as a Greek hinterland colony, but created a thriving civilization led by a powerful aristocracy.

“These are amazing findings from the apogee of the rule of the Getae,” said Diana Gergova, head of the archaeologist team and a researcher of Thracian culture with the Sofia-based National Archaeology Institute. “From what we see up to now, the tomb may be linked with the first known Getic ruler, Cothelas.” 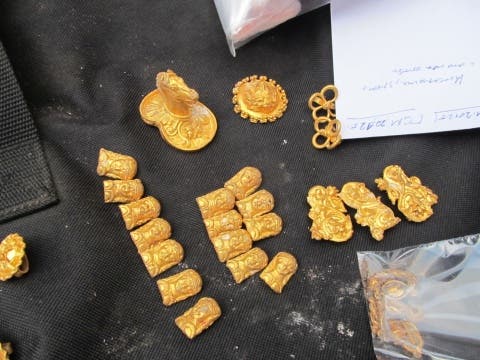 Indeed, the craftsmanship level is absolutely stunning, highlighting the peak of a civilization which played a big role in the early European history. The Getic burial complex was found near the village of Sveshtari, about 250 miles north-east of Sofia.