by Mihai Andrei
in Archaeology, Biology
A A

A 2500 year old British skull is not a major surprise for archaeologists, but a brain inside it, now that’s not your average Kinder surprise. The fact that shrunken fragile organ still exists raises some serious questions about organ preservation and how often researchers can expect to find this kind of things. 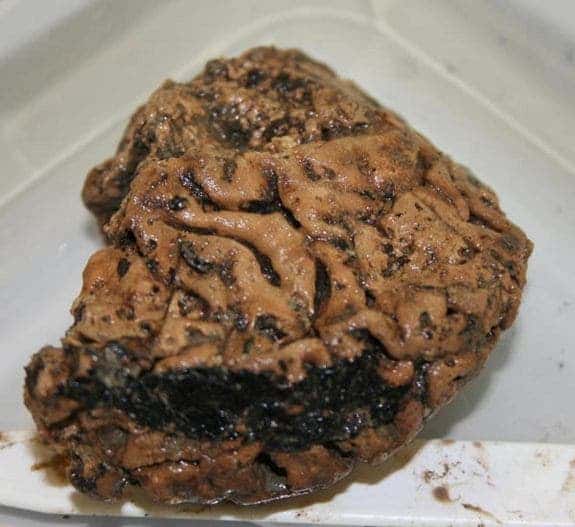 What’s interesting is that aside from the brain, all of the skull’s soft tissue was gone when the muddy body part was extracted from a site where the University of York was planning to expand its Heslington East campus.

“It was just amazing to think that a brain of someone who had died so many thousands of years ago could persist just in wet ground,” said Sonia O’Connor, a postdoctoral research fellow at the University of Bradford.

“It’s particularly surprising, because if you talk to pathologists who deal with fresh dead bodies they say the first organ to really deteriorate and to basically go to liquid is the brain because of its high fat content,” O’Connor said.

The skull didn’t ‘come’ alone; scientists also found a jaw and two neck vertebrae, which bear the sad marks of hanging and then decapitation. He was somewhere between 26 and 45 years old, but his origin, or the reason why he was hung and then decapitated remain a mystery. For some reason however, well preserved brains tend to be ignored by mainstream archaeological publications.

“I think part of the problem is archaeologists are very happy to deal with humans’ skeletal remains but as soon as there is any hint of soft tissue it is psychologically very, very different. You are no longer dealing with a skeleton, you are dealing with the remains of a corpse and, of course, a corpse is a dead individual,” she said.

What’s even more interesting is that this seems to be an isolated corpse, with no other remains found in the area.