by Mihai Andrei
in Archaeology, History, News
Reading Time: 4 mins read
A A
Share on FacebookShare on TwitterSubmit to Reddit

Prostitution may or may not be the oldest job in the world, but rigging goes a long way too. Researchers have recently deciphered a Greek document that shows an ancient wrestling match was fixed.  The document, which was dated from the year 267, is a contract between two teenagers who had reached the final of a very prestigious tournament in Egypt. This is the first evidence of match fixing found in the ancient world. 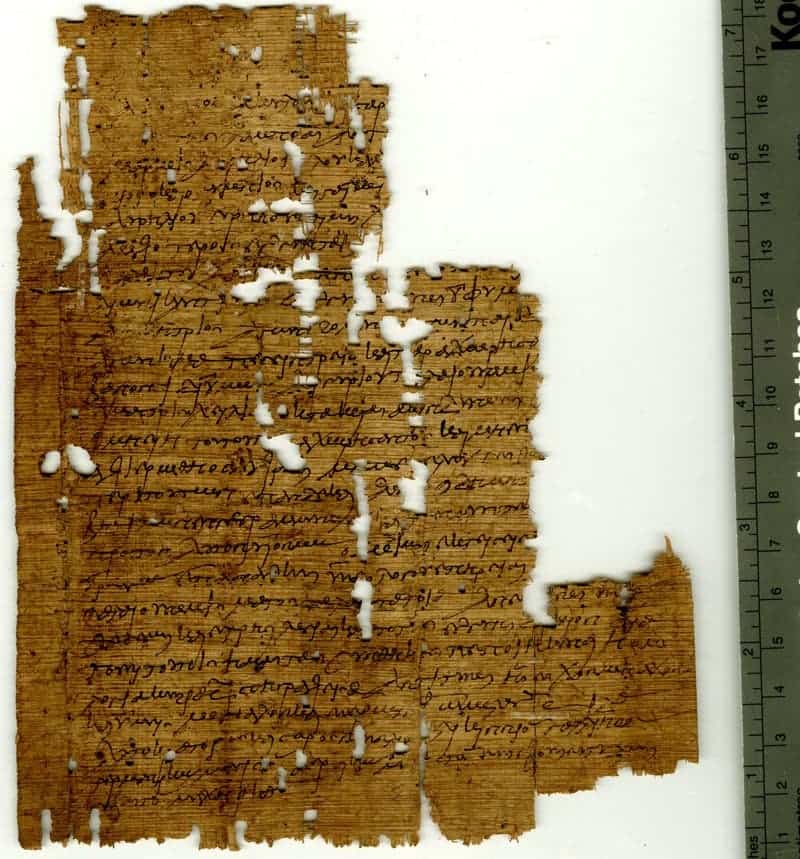 In the contract, the father of a wrestler named Nicantinous agrees to pay a bribe to his son’s opponent, Demetrius, on the condition that he throws the match. The contract stipulates that:

“…when competing in the competition for the boy [wrestlers], to fall three times and yield,” and in return would receive “three thousand eight hundred drachmas of silver of old coinage …”

There were no complicated rules in ancient wrestling – you simply had to throw your opponent on the ground three times, and you win the game. Demetrius was apparently a pretty sly guy – the contract also features a clause that he receives the money even if somehow the referees figure out that the match was fixed. There’s also another clause which says that if somehow Demetrius wins the game, “you are of necessity to pay as penalty to my [same] son on account of wrongdoing three talents of silver of old coinage without any delay or inventive argument.”

The boys were fighting in the final wrestling match of the 138th Great Antinoeia, an important series of regional games held along with a religious festival in Antinopolis, in Egypt. They were in the teenagers division. Interestingly enough, the Antinoeia were events honoring Antinous, the deceased male lover of the Emperor Hadrian. Antinous drowned in the Nile, and the town of Antinopolis was founded in his honor – not only this, but he sort of received god status, and statues of him were found throughout the Roman Empire. What can you say – apparently, Hadrian really loved him a lot. It’s surprising then that for such a big event, the bribe was so small – 3.800 drahmas was a pretty small sum, pretty much the equivalent to buying a donkey, the translator of the text, Dominic Rathbone, a professor at King’s College London explains.

Why offer a bribe?

“In ancient competitions, coming first is the one and only thing — no silver, no bronze,” Rathbone said. Additionally, the cost of training athletes was considerable. Athletes from wealthy families could pay their own way, but athletes from less-well-off backgrounds could find themselves in debt to their trainers. The trainer is going to pay for your food, your accommodations and so on for your training, so you end up in debt to him,” Rathbone said.

So if you’re in debt but you’re confident you’ll win, you should clearly go for it. But when you’re not so certain you could win… you might look for a different kind of deal.

“If you’re not sure you would win, maybe you’re cutting your risk by saying, ‘At least I get the bribe,'” Rathbone said.

But why write a contract?

This is indeed the strange part – why would you write a contract for something that was illegal? If any part would not honor their end of the deal, it would be extremely hard (practically impossible) for the other part to take it to court.

“It doesn’t look as though they’ve actually gone as far as getting a scribe with legal knowledge to do this for them, which makes you wonder if it’s a bit of an empty thing,” Rathbone said. “It’s not really likely that either side is going to [seek recourse] if the other defaults.”

Perhaps this is why direct evidence of match rigging is so scarce when it comes to the ancient world, even when there are many references to it. Especially in the Roman Empire, bribery in athletic competitions was getting more prevalent as the events became more lucrative, Rathbone said.

“There are sources [indicating] that things had got a bit worse in the Roman Empire when there were more games and when there were more financial rewards, particularly these municipal pensions,” Rathbone said. These pensions consisted of payments that an athlete’s hometown awarded to winners and could continue for the rest of their life.