We are living in changing times.

by Mihai Andrei
in Geology, News, Science
A A

Mankind is having such a profound impact on the planet that we’ve kickstarted a new geological era: the Anthropocene. A panel of scientists has now taken an important step towards defining this new age, and having it start with the ‘Atomic Age’. 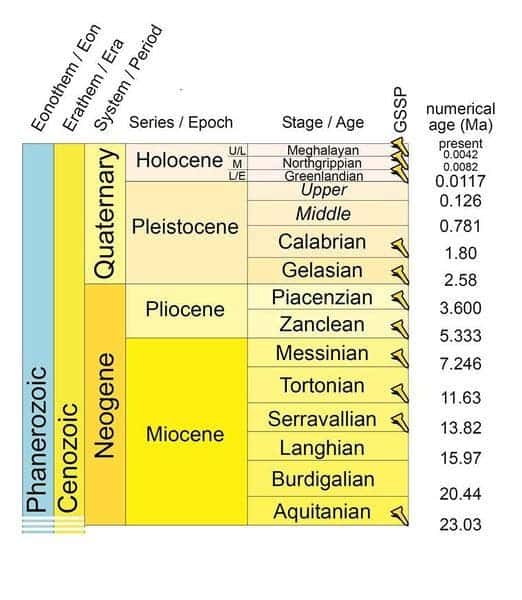 Geologists love to classify things — and they especially love to classify time. The geologic time scale covers the entire 4.5-billion-year history of our Earth, splitting it neatly based on decisive environmental characteristics. You’ve probably heard about Jurassic Park — the Jurassic spans from 201.3 million years ago to 145 million years ago. Before the Jurassic, there was the Triassic, and after it, there was the Cretaceous. The Jurassic itself, like the periods before and after it, is split into smaller subdivisions.

We are currently living in a period of time called the Quaternary, which started 2.6 million years ago and loosely represents the period where recognizable hominids have existed. The Quaternary is also split into several smaller periods, and the current one is called the Holocene.

The Holocene began approximately 11,650 years ago, and includes the development of all written human history, as well as most if not all of our species’ major civilizations. Although it’s a mere blink in the grand scheme of geological time, it is the period when mankind rose to become the dominant species on the planet. Right now, however, the Holocene is coming to an end.

The impact of mankind on planet Earth has become so large that most scientists agree that we should designate a new geological period called the ‘Anthropocene’ — the Age of Man (from the Greek ‘anthropos’ which means”man/human being”). Although the term has not become official just yet, it represents the reality which we are all seeing: the environment, both above and beneath the ground, is heavily affected by mankind. We have produced nuclear explosions which left behind chemical marks that will be visible for millions of years. The plastic we are producing (and dumping into landfills or oceans) takes millennia to decompose. The chemistry of the atmosphere and the oceans has also been substantially altered, and even the bones of the animals we eat are a sign that we are having a dominant impact on the planet — it’s time for all this to get its own period. It is a clearly distinguishable and unprecedented period in Earth’s geological history.

With this in mind, the 34-member Anthropocene Working Group (AWG) voted to establish the Anthropocene as a new type of age. It wasn’t a unanimous vote, but 29 out of the 34 members supported it. The AWG, which works under the tutelage of the International Commission on Stratigraphy (which oversees the official time periods), is now considering what the best starting point of the Anthropocene would be. The first atomic-bomb seems like the most plausible place to start.

The AWG is now looking for the best sites with sufficient sedimentary evidence to support the start of the Anthropocene.