Giant zeppelin could change how we think about air transportation

by Alexandru Micu
in News, Science
A A

The world’s largest aircraft just had its maiden flight on Wednesday, with a short but historic stroll over an airfield in central England. The best part? It’s an airship.

Zeppelins have an almost incredible power of attraction over the world of sci-fi. Sadly, they’ve had a rough history so we don’t see much of them nowdays.

But a new vehicle may finally bring sci-fi into the real world. The 92 meter-long (302 feet) Airlander 10 took its first flight 73 km (45 miles) north of London, over the historical Cardington airfield. Hundreds of locals came to witness how, with engines roaring, the ponderous aircraft took off, performed a circuit of the area, then landed half an hour later at dusk.

So what’s so special about it? Well, the Airlander 10 is a new breed of aircraft — part blimp, part helicopter, part plane. It can stay in flight up to five days at a time if manned, or over 2 weeks unmanned, and carry more weight than a conventional airship while using less fuel than an airplane. Hybrid Air Vehicles, the vehicle’s developer, says it can reach 16,000 feet (4,900 meters) and travel at up to 90 mph (148 kph.) The vehicle was initially designed for the U.S. military, as a surveillance platform to be used in Afghanistan. But the Army’s program was scrapped in 2013, and Hybrid Air Vehicles has since been relying on funding from government and private sources.

Hybrid Air Vehicles, the vehicle’s developer, says it can reach 16,000 feet (4,900 meters) and travel at up to 90 mph (148 kph.) The vehicle was initially designed for the U.S. military, as a surveillance platform to be used in Afghanistan. But the Army’s program was scrapped in 2013, and Hybrid Air Vehicles has since been relying on funding from government and private sources.

“It’s a great British innovation,” said chief executive Stephen McGlennan. “It’s a combination of an aircraft that has parts of normal fixed-wing aircraft, it’s got helicopter, it’s got airship.”

The craft is housed at Cardington, the historical focal point of the British airship industry. Here, the country’s first airships were built during World War I, and production continued up to the 1930s, when a tragic airship crash killed almost 50 people, including Britain’s air minister. And sadly, such accidents sealed the fate of the airship as a wide-scale transport system. When the Hindenburg crashed in New Jersey in 193, killing 35 people, it brought any hope of the blimp regaining public confidence down in flames with it.

But Hybrid Air hopes they’ll make a comeback. For starters, we’ve moved on from using hydrogen in airships (which is highly flammable) to helium (which isn’t). Wednesday’s flight shows that the Airlander is air-worthy. Although it was originally scheduled for Sunday and was then postponed due to an unspecified technical issue the flight was a success, setting an important milestone for the future development of a transportation method that currently is a commercial wildcard.

But MacGlennan is confident that the Airlander will be a hit with both civilian and military customers, because it’s just too good to pass on. It can gather data and conduct surveillance for days on end, or carry up to 10 metric tons (22,050 pounds) of passengers or cargo.

“[The Airlander 10 can] provide air transportation for people and goods without the need for a runway. But this thing can take more over longer distances, it’s cheaper and it’s greener,” he added.

The company is so optimistic that they plan to have an even bigger craft, with a projected 50 metric ton (110,000-pound) cargo carrying capacity, ready by the early 2020s.

Others, however, aren’t yet sure that the blimp is gonna catch on.

“Technically I think they are there now, but economically I’m not so sure.”

So what do you think? Is it too late for airships, or will the stately vehicles soon fill the skies above us? I hope it’s the latter because just imagine one of these babies mooring to the Empire State Building in the afternoon glow. 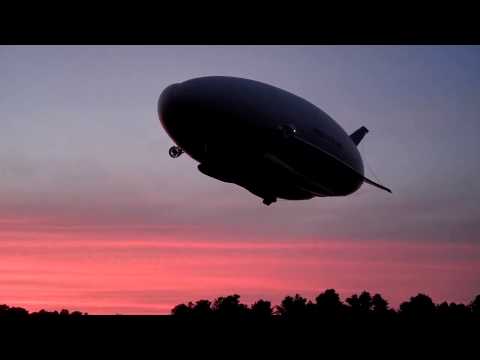