This is the most comprehensive review of pest-related damage.

by Mihai Andrei
in Agriculture, News, World Problems
Reading Time: 3 mins read
A A
Share on FacebookShare on TwitterSubmit to Reddit

If we want to be able to feed the world, we’d best pay closer attention to pests. 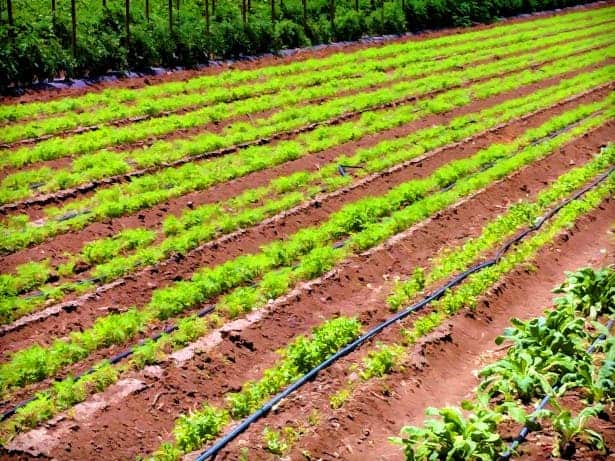 According to current estimates, the world population is 7.7 billion. It took over 200,000 years to reach the first billion, and only 200 more years to reach 7.7 billion. By 2100, even conservative estimates put the world population at 11 billion — all of which will have to be fed. Considering that today, over 800 million suffer from chronic undernourishment, feeding the population of tomorrow will be quite a challenge.

Our agricultural productivity has increased dramatically in the 20th century, in a period often called “the Green Revolution.” Norman Borlaug, the “father” of the Green Revolution and the most prominent scientist associated with the movement, is credited with personally saving over 1 billion lives through his work.

However, with no other such revolution in sight, we will need to optimize production and reduce losses as much as possible — and one of the most important problems to consider are pests.

Pests and pathogens are an integral part of agriculture. They’ve been around since mankind has been growing crops, coevolving with agricultural plants. However, that’s not to say that we can’t do anything to fight them. Different methods have been employed, with varying degrees of success. But before we can talk about large-scale campaigns against pests, we first need to understand the big picture.

This is exactly where the new study comes in. Serge Savary, a researcher working at the French National Centre for Scientific Research, and colleagues, took on the gargantuan task of measuring global crop losses caused by pests and pathogens. They focused on the five most popular crops: wheat, rice, maize, potato, and soybean. Together, these crops make up almost half of mankind’s calorie consumption.

They found that at a global level, pets destroy:

This type of data is extremely valuable, especially as standardized information is difficult to compile across different regions and crops — and there is little in the way of good news.

All in all, almost one-quarter of this food is completely lost — and to make matters even worse, the highest losses are associated with regions with fast-growing populations and which are already struggling with malnutrition. These are also areas frequently hit by emerging or re-emerging pests and diseases.

Researchers hope that their work will serve as a guideline for policymakers and farmers alike. At a global scale, if we want to be able to feed the world, we need quick and efficient interventions in these areas.

There’s also another problem, a common culprit: climate change. It’s clear that climate change will affect plant-pathogen interactions, but it’s much less clear in what way. While they did not study this directly, Savary and colleagues quote another study, which ultimately concludes that “climate change will bring, above all, surprises.” Quite likely, they won’t be pleasant surprises.