by Melvin Sanicas
in Biology, Diseases, Genetics, News, Science
Reading Time: 3 mins read
A A
Share on FacebookShare on TwitterSubmit to Reddit 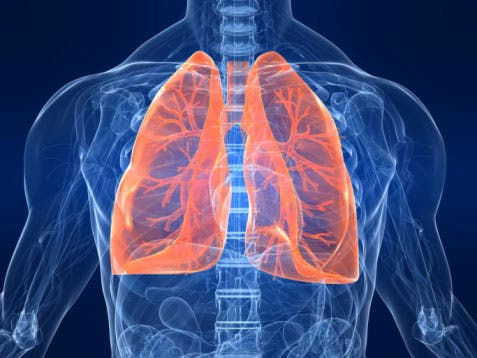 In the United States, during the 1957 H2N2 pandemic, the number of deaths was higher among females than males. During the first and second wave of the 2009 H1N1 pandemic, a significant portion of patients hospitalized with severe 2009 H1N1 disease was comprised of young adult women. Data from the 2009 H1N1 pandemic, as well as from 2005, which was a bad year for seasonal influenza in Japan, reveal significant differences in morbidity rates between males and females. In 2010, the WHO published a report concluding that the outcome of pandemic influenza, as well as avian (bird flu) H5N1, is generally worse for young adult females.

Pregnancy is an obvious female-specific risk factor associated with worse outcomes from seasonal and pandemic influenza infection, and likely contributes to the overall higher mortality in women compared to men. However, it does not appear to explain all of the differences between the sexes. Some researchers have postulated that the slower recovery by women from flu was linked to their greater levels of lung inflammation during flu infections. What else could be the reason?

According to a new study of mice and human cells, increased amounts of a lung-healing protein called amphiregulin (AREG) could be the reason why men recover from influenza more quickly than women. AREG, an Epidermal Growth Factor (EGF)-like molecule, has been shown to play a critical role in wound and tissue healing following infection or injury.

Scientists at Johns Hopkins Bloomberg School of Public Health, whose findings were published in the journal Biology of Sex Differences, infected live mice and human cells derived from male humans with a non-lethal dose of H1N1 — an Influenza A strain that caused over 18,500 laboratory-confirmed deaths worldwide in 2009 and 2010. Male and female mice had the same virus levels and cleared the virus in about the same amount of time.

Nevertheless, female mice had greater loss of body mass and more lung inflammation during the early phase of infection and were slower to return to normal lung function. Male mice genetically engineered to lack AREG had the same flu results as females. In a study of flu infections of mice and human lung epithelial cells in vitro, the investigators found significant increases in the production of AREG only when the cells were from males.

“The novel finding here is that females also have slower tissue-repair during recovery, due to relatively low production of amphiregulin,” study author Dr. Sabra Klein, an associate professor at Hopkins, said in a press release.

Scientists found that AREG, which has been known to promote the growth of epithelial cells in the skin, lung, and other surfaces in the body during wound healing, was the key factor, including during recovery from lung infections. Male mice produced significantly more AREG than females during the recovery phase of their infections.

It is not clear which factors drive the increased rise in AREG production in males during flu infection. Earlier in 2016, Professor Klein and colleagues showed that the sex hormone progesterone stimulates AREG production in female mice. They theorized that males evolved with greater wound-healing ability because they participated in more battles for territories, mates, and resources. The researchers initially thought the production of AREG increased in males during influenza infection because of testosterone. However, they found that the sex hormone, independently of AREG, does help protect male mice, which fared worse in flu infections without it.

Professor Klein’s group is now investigating the mechanisms of testosterone’s protective effect, as well as the factors that control AREG production during flu infection – a better understanding of these mechanisms could lead to new flu treatments that boost AREG production, particularly in women.