by Mihai Andrei
in Diseases
Reading Time: 2 mins read
A A
Share on FacebookShare on TwitterSubmit to Reddit

The flu season has started, and it promises to be one of the worst in years; so far, over 2.200 people have been hospitalized due to influenza related issues just in the US. For example, Boston Mayor Thomas Menino declared a citywide public health emergency, with some 700 declared influenza cases – 10 times more than last year, and we’ve just started.

“It arrived five weeks early, and it’s shaping up to be a pretty bad flu season,” said Lyn Finelli, who heads the Influenza Outbreak Response Team at the Centers for Disease Control and Prevention (CDC).

But in tracking and managing the flu, officials have received a host new surveillance tools, thanks to social media and crowd sourcing; these tools allow them to keep track of the flu’s reach in real time, without waiting for weeks until the reports finally pile in, and even from people who don’t turn to hospital.

Pulling data from online sources “is no different than getting information on over-the-counter medication or thermometer purchases [to track against an outbreak],” said Philip Polgreen, an epidemiologist at the University of Iowa.

So if you’ve got the flu, go ahead and tweet it, you’ll be making life just a little easier for doctors out there.

Social media to the rescue 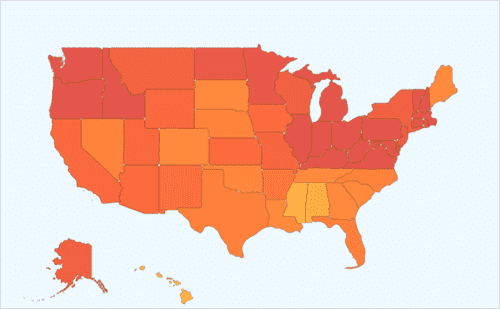 The most successful of these tracking initiatives came rather surprisingly from Google. Google Flu Trends analyzes flu-related Internet search terms like “flu symptoms” or “flu medication” to estimate flu activity in different areas and monitor the outbreak. How reliable is it? Well it’s indirect data, so it’s definitely not accurate, but it always gives a good indication.

Other great apps are Health Map, in which it’s easy to see just how much the US is suffering from flu, and Sick Weather, which relies on data from Twitter and Facebook. However, even with all these new data, it’s practically impossible to predict week-to-week peaks and troughs.

“We expect that it will last a few more weeks, but we can never tell how bad it’s going to get,” said Finelli.