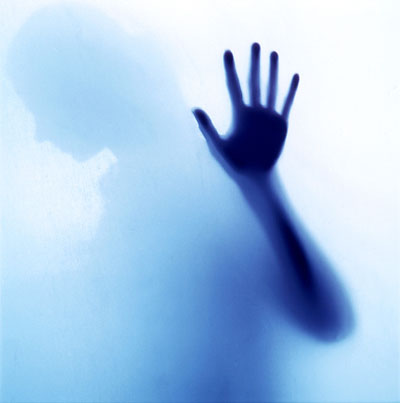 What you see may be very much related to what you’ve just felt. Even though we were taught at school that each sense is processed in another area of the brain it seems that this theory may be wrong and that there is a lot more to understand about the way human brain works.

As an example, a light ripple of pins moving up the fingertip tricked the subjects of a study into perceiving some lines moving on a screen as moving down, and the other way around. So, there is something going on.

Some recent studies have proved that the way our brain works –  in this case processes the most important senses – is far more complex than thought for decades. Firstly, it was discovered that hearing and seeing are related to each other, but now it seems that this is far from being the end of the story.

In order to take the theory even further, a trick of perception named aftereffect was used by scientists, a phenomenon that occurs for example when watching a waterfall. Staring at it for some time will eventually make one perceive the stationary rocks as moving up. This happens because the neurons which are in charge of the “down” get tired while the “up” ones are still fresh and create this impression.

But what interested the researchers was the aftereffect caused by the sense of touch. A small gadget of the size of a stamp made of 60 pins in rows was used throughout the study as the participants were asked to rest a finger on top of it. Some of the rows were raised at different times, thus creating a gentle prodding movement which was directed away or toward the person, for ten seconds. Then, the subjects were asked to look at a computer screen on which they could see common patterns of white and black horizontal lines. The lines were constantly moving and switching places, but their entire movement could be characterized as upward or downward.

Simple task, isn’t it? Well, not when the brain has a lot of stimuli to cope with. This is why the subjects who had felt the lines on the little device going up perceived the lines on the screen as going down and the other way around. This is the the visual aftereffect. A touch aftereffect can also be induced as watching lines going up on a screen made the participants feel the pins as going down.

Now it seems quite clear that sight and touch are connected to a larger extent than it was expected. Now, the next step is to find where exactly in the brain the connection is created.

Tags: brain areasconnectionsensestouch
IN THESE TRYING TIMES
Accurate scientific information is more important than ever. We're here to help make sense of it all:
coronavirus and beyond.