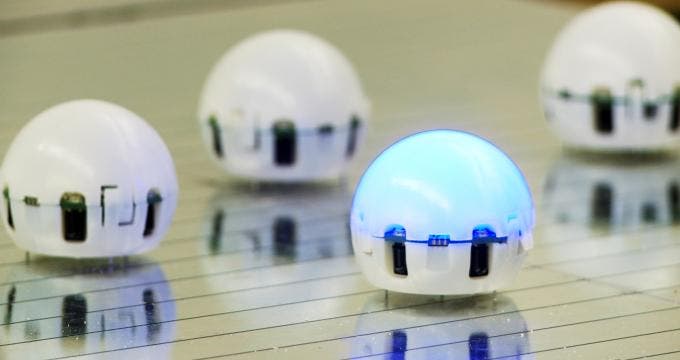 A team of scientists at University of Colorado Boulder is currently working on self-assembling robots the size of a ping-pong ball that may fit together to serve various purposes. The researchers envision swarms of such tiny robots could assemble to build or repair satellites in space, contain an oil spill or form into other complex systems.

Nikolaus Correll, an assistant Professor at University of Colorado, along with fellows at the university, have so far created 20 such robots which they call “droplets”. Hebelieves a swarm of such droplets linking together like a liquid. Remember Terminator? Just last week I wrote about an amazing research from MIT that focuses on deploying really tiny – we’re talking millimeter scale – robots that join together and fold together to form shapes much in the same manner like proteins. What differentiates the current project is that it’s all based on basic, inexpensive tools – which makes it even more impressive. 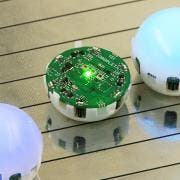 Even though the researchers have only managed to make the robots communicate with one another so far, without any actual binding, let alone complex tasks, the prospects are extremely appealing. Such robots are feasible, since they can be made cheaply basically with common laboratory tools. You could make such droplets at home yourself, if you possess the right knowledge in computer science, mathematics and robotics that is. Distributed intelligence systems is something many labs and research facilities are interested in, and many of the future’s tasks might be handled by tiny robots.

“Every living organism is made from a swarm of collaborating cells,” he said. “Perhaps some day, our swarms will colonize space where they will assemble habitats and lush gardens for future space explorers.”

Soon enough, the researchers plan to refine their droplets and  demonstrate self-assembly and swarm-intelligent behaviors such as pattern recognition, sensor-based motion and adaptive shape change. So far, Correll has received support form NSF’s Early Concept Grants for Exploratory Research program, as well as NASA and the U.S. Air Force.

The video below describes the droplets. In the meantime, why do you leave a comment below and tell us how would you use a swarm of robots.

via University of Colorado