Zuckerberg wants to make Facebook available for children under 13 too 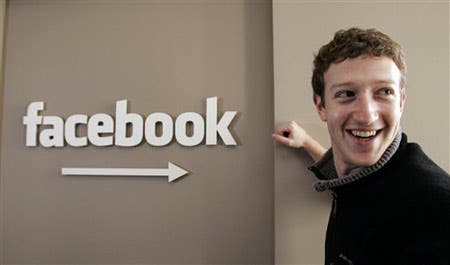 Even though Facebook is already filled with underage children, and acording to a facebook depression study, kids are often negatively affected by the social media site, their intention is to spread their wings even further, and catch a whole new segment of the market (as they put it).

CNN Money reports that Facebook founder Mark Zuckerberg spoke about children under 13 years-old on Facebook while attending a recent NewSchools Summit in California. Zuckerberg often states that improving education and making the Internet more open are two of his favorite dinnertime topics.

“Education is clearly the biggest thing that will drive how the economy improves over the long term,” Zuckerberg said. “We spend a lot of time talking about this.”

Of course the process of learning new things will become more and more social as time passes, and of course more and more people will search for information on the internet, but really, what’s the last thing you learned from Facebook ?

“In the future, software and technology will enable people to learn a lot from their fellow students,” he said. For example, students could see each other studying online in the hopes it would encourage more of them to study for tests.

Seriously now ? Indeed it does sound like a great idea in theory, but I hardly believe this will be the case. Can you imagine little Sammy, who’s 12, logging in on facebook, seeing other people studying, and deciding he has to do this too ? Because, learning is cool, man ! Yeah, right ! In reality, browsing facebook is just another way to be aimlessly social, while allowing your data to be collected for future reference. Still, this won’t change things so much – it’s estimated that over 7.5 million children under 13 years lied about their age in order to be able to sign up.