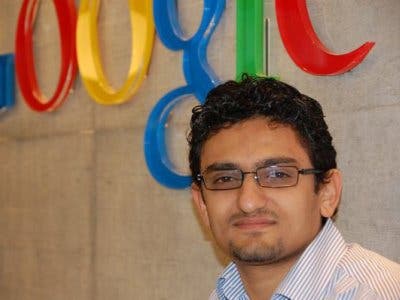 As protests throughout the Islamic world continue to spread like wildfire, the ones in Egypt remain extremely interesting from a specific point of view, that of the internet. The internet played a very important role, especially social media; but that role couldn’t have been played if it weren’t for Google employee Wael Ghonim, head of marketing for the Middle East and North Africa, who use Facebook and Twitter to spark protests in all the country, and spread word in the outside world.

Google CEO Eric Schmidt said yesterday that he’s “very, very proud”, and that he provided a good example of how social media can be used.

They were able to use a set of technologies that included Facebook, Twitter and a number of others to really express the voice of the people,” Schmidt said, according to AFP and other news sources. “And that is a good example of transparency. And we wish them very much the best. I have talked to [Ghonim]. We are very, very proud of what he has done.”

Until recently, everybody from Google remained silent about this thorny issue, and many wondered if Ghonim would even be allowed to return to his position. However, the giant company maintained their laudable approach to worldwide politics, supporting and even encouraging this kind of behaviour.