When Google Earth was first released I was simply struck  with amazement by the myriad of features the software was bundled with. I never imagined I could have my very own state of the art satellite imaging from the comfort of my armchair and notebook. This may be common enough now (meanwhile Google maps popularized the satellite imaging trend tenfold), but I’ve still retained my awe of Google’s genius for doing this. Now, the company has released released an important update to one of its most impressive features – Google Ocean!

Oceans cover three third of the planet’s surface and only a small fraction has been mapped out by oceanographers – still a fraction is still quite a lot. If a few years ago you amazed on how you could be in Paris or at the Great Wall of China at the same time on Google Earth, now you can explore the ocean floor without having to drop any scuba gear or battle any underwater critters with Google Ocean. Check out the presentation video below for a glimpse of Google Ocean’s capabilities. 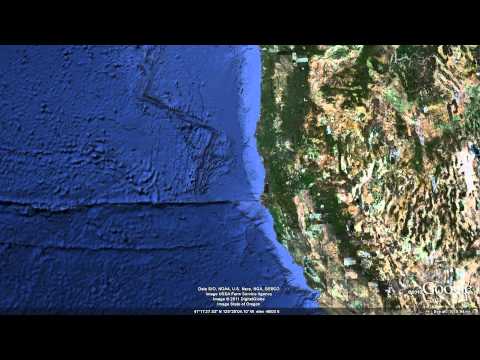 It’s not only ocean floors or sediment banks you can see on Google Ocean, either. Things get a lot more exiting when you choose to interact in a Street View manner, and see eruptions, various sea fauna and other scientific points of interest from Hawaii to New York, all in nicely clear high resolution.

The imaging is the result of decades worth of collaborative efforts from some 500 expeditions run by 12 different institutions, and assembled by Columbia’s Lamont-Doherty Earth Observatory. That’s about three million nautical miles explored. This latest huge update, released on World Oceans Day, covers an area the size of North America.