CCTV 2.0: Engineers devise 3D surveillance system that follows you around

by Henry Conrad
in News, Technology
Reading Time: 2 mins read
A A
Share on FacebookShare on TwitterSubmit to Reddit 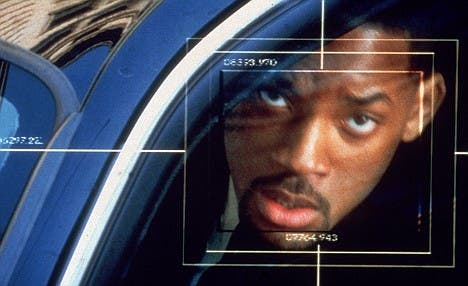 In the movie “Enemy of State”, the character played by Will Smith is located by the NSA by an advanced satellite that could track his movements in real time, no matter where he would hide. While it’s not certain if intelligence agencies already have this capability, we’re already seeing an incipient concept as presented by University of Washington electrical engineers. The system they’ve devised makes use of multiple static or moving cameras to track a person or a group of persons in 3D space, something that’s never been shown to the public before. The system also works with robots or drones, and the tracking functions even when the person of interest enters a building or tunnel, as the algorithm estimates the path (a updated version might use thermal vision).

“Tracking humans automatically across cameras in a three-dimensional space is new,” said lead researcher Jenq-Neng Hwang, a UW professor of electrical engineering. “As the cameras talk to each other, we are able to describe the real world in a more dynamic sense.”

The new technology will prove useful in surveillance operations, obviously, against terrorist actions. But an alternate use might be advanced marketing. Imagine a retail store where cameras track shoppers, study their patterns and then use this information to better design their product placement. If the shopper is following a certain pattern, he might see personalized marketing on a display screens near his vicinity or receive messages on his phone directly.

“Our idea is to enable the dynamic visualization of the realistic situation of humans walking on the road and sidewalks, so eventually people can see the animated version of the real-time dynamics of city streets on a platform like Google Earth,” Hwang said.

When tracking moving objects or persons with a non-overlapping system, there’s all sort of noise that can obstruct observations. Shadows, colours and texture cause the person’s appearance to vary dramatically. This challenge was overcome by building a link between multiple cameras and an algorithm that calculates variance in texture, colour and angles.

The researchers tested their system on the UW campus using both static and moving cameras, mounted on a robot or drone. The mobile system works anywhere it can talk to a wireless connection and can upload data. It’s safe to get paranoid now.

The researchers presented their findings at the Intelligent Transportation Systems Conference sponsored by the Institute of Electrical and Electronics Engineers (IEEE).