Technique Images Brain Activity When We Think Of Others

by Mihai Andrei
in Biology, Health & Medicine, Research
A A 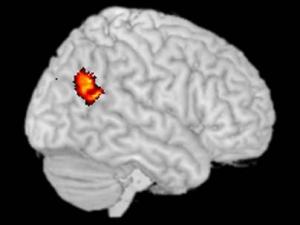 Just like when you lie certain things happen in your brain, the same thing happens when you think something about somebody. But what happens in our brain when we judge people or at least when we make an idea about someone? Those (and many other) questions have been tackled by MIT neuroscientist Rebecca Saxe.

Her goal may seem not so significant, but the final task is to understand how the brain gives rise to the abilities that make us uniquely human–making moral judgments, developing belief systems and understanding language. Kinda big, huh? It definitely is a huge task but as she says, “different chunks of it can be bitten off in different ways,” she says.

“These are extremely abstract kinds of concepts, although we use them fluently and constantly to get around in the world,” says Saxe.

Despite the fact that thoughts cannot be observed directly, it is possible to measure which brain regions are active while people are doing certain things (such as those mentioned above). Using fMRI, she has identified an area of the brain (the temporoparietal junction) that lights up when people think about other people’s thoughts.

If we were to take the word of Nancy Kanwisher, the Ellen Swallow Richards Professor of Brain and Cognitive Sciences at MIT and Saxe’s PhD thesis adviser, than this is “one of the most astonishing discoveries in the field of human cognitive neuroscience”.

“We already knew that some parts of the brain are involved in specific aspects of perception and motor control, but many doubted that an abstract high-level cognitive process like understanding another person’s thoughts would be conducted in its own private patch of cortex,” Kanwisher says.

Basically, what this means is that using and fMRI, scientists can dive deep into your moral decisions, specifically when you judge somebody else.