17650 Species that have never seen sunlight 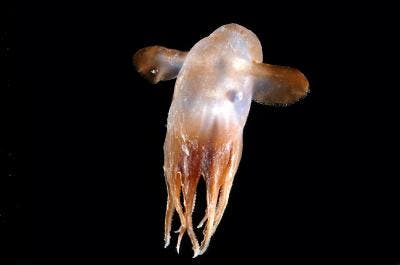 The researchers from the Census of Marine Wildlife have accomplished a truly amazing task; they have inventoried a fantastic abundance of marine species, more specifically deep sea species that live below the point where sunlight can penetrate the water, creatures that live more than 5 km below sea level, in a cold and dark environment. 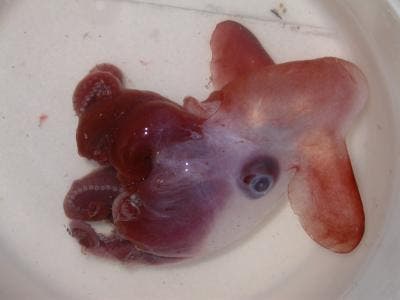 In order to do this, they used the best science has to offer (deep-towed cameras, sonars and other such technologies), and they found a really surprising variety of species that thrive there, adapting to the extreme environment. A significant part of them has adapted to a meager diet based on droppings from the sun penetrated layers above, some eat bacteria, while others feast on sunken whale bones and other such things you wouldn’t believe are eatable. Just in case you’re wondering how many species they counted, here’s the figure: 17650 (that live below 200m, where light virtually stops existing).

“Abundance is mostly a function of available food and decreases rapidly with depth,” says Robert S. Carney of Louisiana State University, co-leader (with Myriam Sibuet of France) of the Census project COMARGE, studying life along the world’s continental margins. The continental margins are where we find the transition from abundant food made by photosynthesis to darkened poverty. The transitions display the intriguing adaptations and survival strategies of amazing species,” says Dr. Carney.

According to the census, in order for live to thrive at these depths, it requires at least one of the following:
* Swift current, which increases an animal’s chance of encountering food;
* Long-lived animals, populations of which grow numerous even on a meager diet;
* Abundant food in higher layers that either settles to the depths or to which deep animals can migrate;
* An alternative to photosynthesis of food, such as chemosynthetic production.

“In the bathy- and mesopelagic zones – the largest 3D deep-sea living space – animals either have to cope somehow with food scarcity or migrate long distances up to find food,” says MAR-ECO project leader Odd Aksel Bergstad of University of Bergen. “Because it provides an oasis of topographical relief in the center of the ocean, we found a high concentration of animals on the Mid-Atlantic Ridge. Distribution is pretty straightforward for animals in the deep sea,” says Dr. Carney. “The composition of faunal populations changes with depth, likely a consequence of physiology, ecology and the suitability of seafloor habitat condition for certain animals. Diversity is harder to understand. Although the mud on the deep sea floor appears monotonous and poor in food, that monotonous mud has a maximum of species diversity on the lower continental margin. To survive in the deep, animals must find and exploit meager or novel resources, and their great diversity in the deep reflects how many ways there are to adapt.”

I’ll come back with some more details and a post on the most amazing species that live deep in the oceans, so if you have any questions or tips about that, don’t hesitate to contact.