by Mihai Andrei
in Biology, Studies 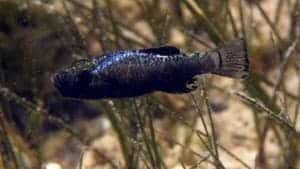 Over 50 species of pupfish are known from the US to Venezuela, and they are all pretty much the same – except for the ones in two places: the Yucatan peninsula in Mexico and a Caribbean island.

Generally speaking, the species of pupfish do the same things.

“They look the same and they act the same, eating detritus and algae off rocks”, says lead study author Chris Martin, a UC Davis graduate student working with Peter Wainwright, a professor of evolution and ecology at UC Davis..

In the shallow salty waters on the San Salvador island, Martin found that one in three pupfish species survives by biting the scales off other fish, while another eats small snails and clam shrimp; no other pupfish is known to eat scales. In order to survive on such a strange diet, the pupfish had to undergo some evolutionary changes, with the help of which Martin was able to construct an evolutionary map for the species.

Using this evolutionary cloud (for many pupfish species), the map of those from the Yucatan peninsula and the Caribbean stands out like fireworks; they evolve about 130 times faster than other species of pupfish, according to their research. However, it’s not clear why the species in these two locations are changing so quickly; in both places the water is hot and salty, but that’s true for other places where pupfish live – all in all, there are no major differences between these two habitats and others. Other species of fish found in the same two environments, like mosquito fish, for example, show no signs of rapid evolution. 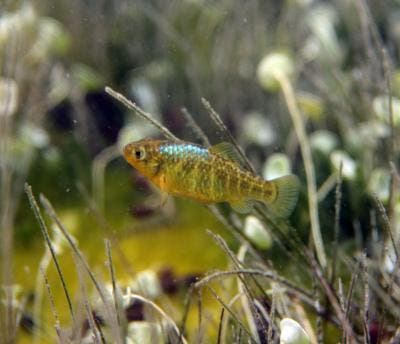 Basically, evolution is a change that occurs in time of one or more inherited traits found in populations of organisms. It’s what led to the immense diversification of life, and it’s what will create new species as time will pass. But evolution takes time; sometimes it takes millions of years, sometimes thousands, and sometimes just a few generations. But why some species evolve so incredibly fast has puzzled researchers for decades.

Take the species I was telling you above for example. Nothing seems to point towards the need to evolve; the habitat and the environment isn’t different, the food isn’t different, the predators aren’t different. So why is it that only the pupfish species from only these two places change at such dramatic rates ? If this question will be answered, we may very well get some insight into the unknown parts of the evolution.