by Mihai Andrei
in Genetics, Studies

According to a new study conducted by Professor Gerald Crabtree, who heads a genetics laboratory at Stanford University in California, humans have peaked their intellectual capacities thousands of years ago, and now we are in a slow, but certain, state of decline. 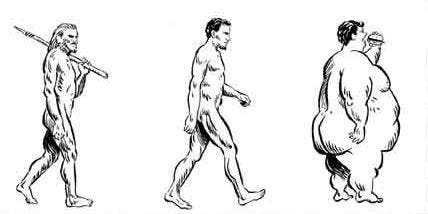 The provocative theory comes from one of the leading minds in genetics, and it relies on the fact that human intelligence, in order to function at its finest, needs optimal functioning of a large number of genes, which in turn requires enormous evolutionary pressures to maintain. Since there are no such major pressures at the moment (and haven’t been, for millennia), we cannot function to the best of our capacities.

“The development of our intellectual abilities and the optimization of thousands of intelligence genes probably occurred in relatively non-verbal, dispersed groups of peoples before our ancestors emerged from Africa,” says the papers’ author, Dr. Gerald Crabtree, of Stanford University. In this environment, intelligence was critical for survival, and there was almost certainly an immense selective pressure focused around intelligent folk.

Basically, it boils down to this: for over 99 percent of our Homo Sapiens history, we have survived as hunter-gatherer societies, relying greatly on our wits, developing into bigger and bigger brained creatures. However, that process has stopped the moment we established ourselves as the dominant species on the planet, natural selection on our intellect practically halting.

“I would wager that if an average citizen from Athens of 1000BC were to appear suddenly among us, he or she would be among the brightest and most intellectually alive of our colleagues and companions, with a good memory, a broad range of ideas and a clear-sighted view of important issues,” Professor Crabtree says in a provocative paper published in the journal Trends in Genetics.

But it’s not all about intelligence – he believes they would be emotionally superior to us as well.

“Furthermore, I would guess that he or she would be among the most emotionally stable of our friends and colleagues. I would also make this wager for the ancient inhabitants of Africa, Asia, India or the Americas, of perhaps 2,000 to 6,000 years ago,” Professor Crabtree says. “The basis for my wager comes from new developments in genetics, anthropology, and neurobiology that make a clear prediction that our intellectual and emotional abilities are genetically surprisingly fragile,” he says.

So what about now? Is there no intellectual selection for humans nowadays? There is, but it is nowhere near as fierce as it was in ancient times.

“A hunter-gatherer who did not correctly conceive a solution to providing food or shelter probably died, along with his or her progeny, whereas a modern Wall Street executive that made a similar conceptual mistake would receive a substantial bonus and be a more attractive mate,” Professor Crabtree says.

However, the study was met with skepticism, to say the least. Some researchers dispatched the study as amateurish, while some just labeled it as speculation.

“At first sight this is a classic case of Arts Faculty science. Never mind the hypothesis, give me the data, and there aren’t any,” said Professor Steve Jones, a geneticist at University College London. “I could just as well argue that mutations have reduced our aggression, our depression and our penis length but no journal would publish that. Why do they publish this?” Professor Jones said.

Indeed, while the study scores heavy points in terms of circumstantial evidence and creativity, it doesn’t score where it matters the most: hard data.

“I am an advocate of Gradgrind science – facts, facts and more facts; but we need ideas too, and this is an ideas paper although I have no idea how the idea could be tested,” he said. 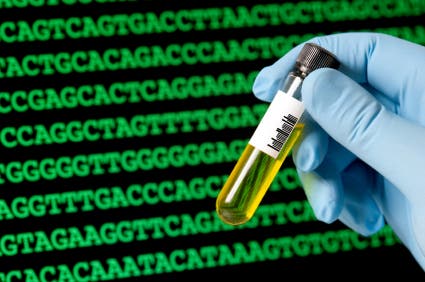 So what do you think about it? Have we in fact regressed to the point where we become couch potatoes, unable to fend for ourselves, declining generation after generation? Are we in fact much superior to the ancient man? Or is the truth totally different?