by Tibi Puiu
in Health & Medicine, Studies
Reading Time: 3 mins read
A A
Share on FacebookShare on TwitterSubmit to Reddit

While brighter expectations of the future might help most of  us battle the harsh realities of life, a recent study conducted by German researchers has found that pessimists, who tend to have lower expectations about the future, live on average longer and are less inclined to develop disease or disabilities than optimists. 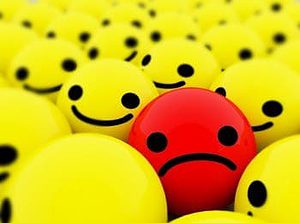 Data collected between  1993 to 2003 by the national German Socio-Economic Panel, an annual survey of private households consisting of approximately 40,000 people 18 to 96 years old, was used for the present study. During this survey, participants were asked to rate how satisfied they were with their lives and how satisfied they thought they would in five years time. All interviews were conducted in person.

After five years, the interviews were repeated . It was found that 43 percent of the oldest group had underestimated their future life satisfaction, 25 percent had predicted accurately and 32 percent had overestimated, according to the study. Further correlating showed that each increase in overestimating their future change in life satisfaction was linked to 9.5 percent increase in reported disabilities and 10 percent increase in risk of death.

“Our findings revealed that being overly optimistic in predicting a better future was associated with a greater risk of disability and death within the following decade,” said lead author Frieder R. Lang, PhD, of the University of Erlangen-Nuremberg in Germany. “Pessimism about the future may encourage people to live more carefully, taking health and safety precautions.”  The study was published online in the journal Psychology and Aging.

Because a darker outlook on the future is often more realistic, older adults’ predictions of their future satisfaction may be more accurate, according to the study.

“Unexpectedly, we also found that stable and good health and income were associated with expecting a greater decline compared with those in poor health or with low incomes,” Lang said. “Moreover, we found that higher income was related to a greater risk of disability.”

However, that’s not to say being optimistic would necessarily mean that you’re a greater health risk. Previous study have shown, especially when faced with dire realistic prospects like terminal diseases, that an optimistic outlook will sometimes help people feel better.

“We argue, though, that the outcomes of optimistic, accurate or pessimistic forecasts may depend on age and available resources,” Lang said. “These findings shed new light on how our perspectives can either help or hinder us in taking actions that can help improve our chances of a long healthy life.”