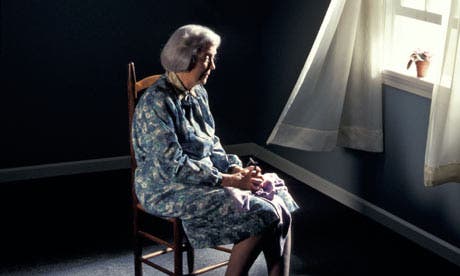 We live in a society that’s increasingly isolating individuals, as age-long cultural and community habits die off. Prior to the massive urban developments that came in the XXth century, living alone was something virtually unheard of and was mostly reserved to the social pariahs, the outcasts, hermits that chose to live the solitary life. Today, in the US at least,  32.7 million people now live alone , accounting for about 28 percent of the country’s households today, compared to a mere 17 percent in the 1970s.

Does this considerable shift pose long lasting consequences? The social implications are rather complex to assess, since although a lot of people live alone today, they’re still connected with family and friends when they’re out of the house or have visits. What about those that live alone and aren’t socially engaged, though?

A recent paper in the journal Proceedings of the National Academy of Sciences, authored by a  group of researchers from University College London, found that elderly solitary individuals that engage in minimal social contact are at a higher risk of death over time.

The researchers use data from the English Longitudinal Study of Ageing in 2004 that surveyed 6500 older adults (aged 52 and up), and monitored which of them died until last March. The scientists particularly were interested the association between health hazards or mortality and the social isolation/loneliness pair.

In the eight years since the study commenced,  14.1% of the participants had died, however those who were classed as socially isolated were in a greater proportion.  Of the most socially isolated respondents, 21.9 percent did not survive to March 2012, as compared to 12.3 percent of the least isolated. Baseline health and demographic factors were taken into account.

Curiously enough, loneliness itself didn’t play a role itself in the increased rate of mortality. Participants were asked to reflect their sense of loneliness by answering a set of questions in the survey. It was found that individuals that were lonely had indeed a higher mortality rate, but only because they were much older and had a poor health than the rest of the study participants. After baseline health and age were controlled in the model, the scientists found that mortality gap between the lonely and the non-lonely  disappeared.

The authors hypothesize that the increase mortality rate may be due to the fact that people who live alone tend to engage in bad habits like drinking alcohol, smoking and eating unhealthy food – an idea that seems to be supported by a 2011 published Finnish study that found that living alone increases one chances of dying from an alcohol-related disease. Also, people that rarely come into contact with their peers might not tend to visit a physician, since there’s no one to encourage them to do so.