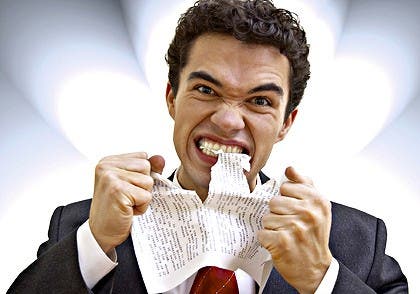 Leaders, whether they’re heads of states or business executives, are generally less stressed than non-leaders, contrary to popular belief, according to a recent study from Harvard psychologists, recently published in the journal Proceedings of the National Academy of Sciences.

For the study, the researchers invited 65 non-leaders from various professions and 148 leaders, mainly recruited from a Harvard University executive education program and the military, to fill out various questionnaires regarding anxiety. These were correlated with the levels of the stress hormone cortisol gathered from saliva samples, a physical hint of how stressed a person is.

The findings were rather surprising. Leaders had lower levels of cortisol and also scored lower for the anxiety questionnaires than people employed in non-leadership positions, this despite the fact that leaders generally have longer work hours and increased respectability. The scientists believe an intrinsic psychological characteristic of leaders help them cope better with stress – that of control.

“The conventional wisdom is that leadership is demanding, and demands come with stress,” says researcher Gary D. Sherman, PhD, a  postdoctoral fellow at the Harvard Kennedy School in Boston.

“The more control you have or think you have, the less stressed you will be,” says Curtis Reisinger, PhD. He is the director of the Employee Assistance Program at the North Shore-Long Island Jewish Health System in Great Neck, N.Y.

Think about it: “A boss has a lot of latitude about when he gets to leave the office, when he takes his lunch, and has more control over his own schedule in general.”

The researchers involved in the study offer some hints on how you may determine if you’re currently stressed with your job, if that wasn’t already rather obvious enough. Warning sings include:

To tackle these issues, the researchers advise regular exercise, deep breathing, meditation, basically anything that can put your mind off work, and rebalance your hormone levels.

“Extra responsibility and higher workload can cause stress for leaders, but on the other hand, they have more control,” says says Paul Spector, PhD, professor of organizational psychology at the University of South Florida in Tampa.

Also, once with a higher position with an organisation, the perks help out balance stress drivers and help leaders keep a clearer mind, focused towards meeting their goals, compared to individuals who are currently employed in what’s commonly referred to as ‘dead-end jobs’, deprived of opportunities for advancing up the ladder. This is why the researchers advise employeers to establish an empowering strategy for their employees. Social support from coworkers also helps reduce stress and anxiety.