Most people on dating websites lie about themselves. Find out how easy it is to spot them 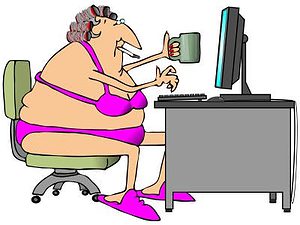 Researchers at University of Wisconsin-Madison recently carried out an linguistic analysis that compared descriptions posted by online dating sites users (height, weight, age, personality traits etc.) and their actual, true characteristics. The results weren’t that surprising at all – almost everybody lied at least about something. Interestingly enough, the communication experts involved in the study also posted the key features that give internet dating liars away.

“Generally, people don’t want to admit they’ve lied,” said Catalina Toma, from the University of Wisconsin-Madison. “But we don’t have to rely on the liars to tell us about their lies. We can read their handiwork.”

The researchers compared actual height, weight and age of 78 online daters to their profile information and photos on four matchmaking websites, which they used to perform a linguistic analysis on. They eventually identified several clues in the written self-descriptions that revealed patterns in the liars’ writing.

Most people lie about themselves on internet dating websites

For the second leg of the study, the researchers asked volunteers to judge the same online dating profile description and state whether they were trustworthy or not. It seems the untrained eye doesn’t fair very well.

“We asked them to tell us how trustworthy the person who wrote each profile was. And, as we expected, people are just bad at this,” Toma said.

“They might as well have flipped a coin … They’re looking at the wrong things,” Toma added.

The researchers who used linguistic analysis were able to correctly identify the liars about 65 percent of the time. About 80 per cent of the 78 profiles in the study strayed from the truth on some level. Weight was the most frequent lied employed, with women off by an average of 8.5 pounds and men missing by 1.5 pounds on average. Shortly after came height, as half of the analyzed profiles contained deceptive information regarding it. Nearly 20 percent changed their age.

The study has been published in the Journal of Communication.