“Would you make the same decisions in a foreign language as you would in your native tongue?” asks Boaz Keysar, a psychologist at University of Chicago, who recently published a study which discusses this highly interesting question. The scientists involved in the study found that, indeed, counter to popular belief thinking in a foreign language makes take you more rational decisions. 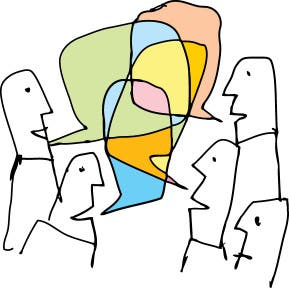 To test this hypothesis, the researchers severed a series of tests to students based on the work of the eminent psychologist Daniel Kahneman, Nobel Prize laureate in 2002 for his work on prospect theory. Kahneman’s theory describes how people perceive risks and how this affects their decision making abilities – according to his findings, humans inherently chose the safe decision when faced with gain, and take the risky decision when faced with loss.

With this in mind the psychologists devised several experiments. For the first, they asked 121 American students who were studying Japanese to to make a hypothetical choice – to fight a disease threatening the lives of 600,000 people, doctors could make a cure that would surely work for only 200,000, or a medicine that would have a 33,33% chance of curing all 600,000 and a 66,66% of not saving a single life.

A similar experiment was carried out in the company of South Korean students studying English, and English native speakers studying French. They were presented with a low-loss, high-gain betting game  – each student was offered a number of one dollar bills to bet on a coin toss. If they lost the bet, they’d lose the 1$ bill, however if they won they would re-gain the dollar bill, plus another 1.5$. In the long run, choosing to place multiple bets would be profitable, however only  just 54 percent of students took the bets when the proceedings were made in the native-speaking language. When the proceedings were made in non-native speaking language, 71% of the students took the leap.

“They take more bets in a foreign language because they expect to gain in the long run, and are less affected by the typically exaggerated aversion to losses,” wrote Keysar and colleagues.

What the researchers conclude is that instinctive decision making, made with thought in a native language, are less rational and more emotionally based than those made in a second language.

“Given that more and more people use a foreign language on a daily basis, our discovery could have far-reaching implications,” they wrote, suggesting that people who speak a second language might use it when considering financial decisions. “Over a long time horizon, this might very well be beneficial.”

The findings were reported in the journal Psychology Science.