by Tibi Puiu
in Animals, Biology, Studies, World Problems
Reading Time: 2 mins read
A A
Share on FacebookShare on TwitterSubmit to Reddit

We’ve reported in the past about the frightening, ever growing cases of honeybee population dye-offs of the past few years, and while no immediate or long term plan has been effective thus far, it seems at least that scientists are identifying the causes. It’s been known for some time that some classes of pesticides are harmful to bees, but a new study recently publicized by scientists at University of Padova draws an ever stronger link between the two. 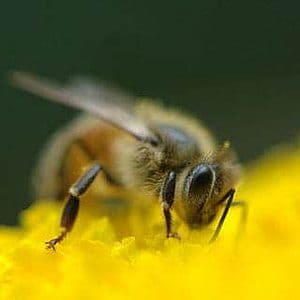 Bees are absolutely crucial to the world’s ecosystem, as they pollinate crops, making them absolutely crucial. In the past few decades dwindling honeybee populations have reached alarming lows, in some extreme cases beekeepers claiming their whole hive culture dying off – a phenomenon called  Colony Collapse Disorder.

The study at hand focuses on a particular class of pesticides, long suspected to be harmful to a number of insects, namely neonicotinoids. This particular kind of pesticides are considered highly efficient because they cause paralysis in insects, but with little to any toxic effect on other animals. Since the technique was introduced in the late 1990s, in some parts of Europe, widespread deaths of honeybees have been reported, fact correlated by the study.

The scientists involved in the research believe it’s highly likely that bees flying near treated crops are met by clouds of insecticide created by automated planting machines, which  expel a burst of air with high concentrations of pesticide-coated particles.

Along with other pesticides, tracheal and Varroa mites, the Nosema fungus and a variety of viruses, neonicotinoids have found to be harmful to bee populations, fact which lead them to be banned in most European nations. One of the first to ban them is Germany, which already reporting progress in their honeybee colony numbers, along with Italy as well. Oddly enough, the Environmental Protection Agency in the US doesn’t seem to recognize any correlation between the pesticide and honeybee deaths, allowing their use without any kind of restrictions or limits.

“To EPA’s knowledge, none of the incidents that led to suspensions [in Europe] have been associated with Colony Collapse Disorder,” the agency said.