by Mihai Andrei
in Environmental Issues, Home science
A A 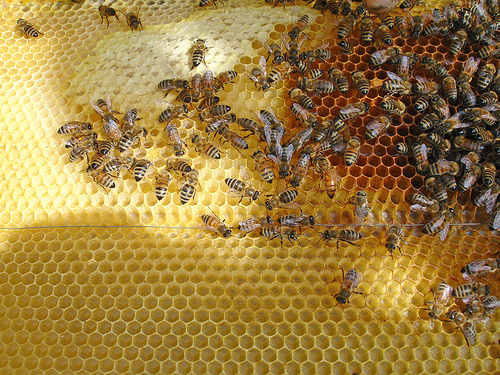 In what is a laudable action, Germany has banned a family of pesticides that are blamed for the deaths of millions of honeybees. This comes after honeybees have had numerous things to suffer from – from climate change to pesticides and diseases which caused millions or even billions of deaths.

The German Federal Office of Consumer Protection and Food Safety (BVL) has suspended the registration for eight pesticide seed treatment products used in rapeseed oil and sweetcorn. In the United States a similar course of action is possible as several beekepers have sued the company.

“It’s a real bee emergency,” said Manfred Hederer, president of the German Professional Beekeepers’ Association. “50-60% of the bees have died on average and some beekeepers have lost all their hives.”

This is not the first time Bayer has been blamed for beekilling, despite the fact that it’s one of the world’s leading pesticide manufacturers with sales of €5.8bn (£4.6bn) in 2007. Philipp Mimkes, spokesman for the German-based Coalition Against Bayer Dangers, said:

“We have been pointing out the risks of neonicotinoids for almost 10 years now. This proves without a doubt that the chemicals can come into contact with bees and kill them. These pesticides shouldn’t be on the market.”