Something is killing off the bees; it's likely us, and we'll all have to pay the price. In fact, in many areas of the world, we already are.

Something is killing off the bees; it’s likely us, and we’ll all have to pay the price. In fact, in many areas of the world, we already are.

“If you’ve ever eaten a strawberry or a blueberry, you ought to thank a bee,” comments Toni Burnham, the president of the Maryland State Beekeepers Association.

The statistics are extremely disturbing; beekeepers in the U.S. lost 42.1 percent of their bee colonies in just one year, between April 2014 and April 2015. This is just an analysis of the preliminary results, but the emerging trend is already worrying. It’s normal to lose some beehives, it happens every year, but the destruction of bee hives is not slowing down – it’s accelerating.

“Beekeepers do not only lose colonies in the winter but also throughout the summer, sometimes at significant levels. Responding beekeepers reported losing 42.1% of the total number of colonies managed over the last year (total annual loss, between April 2014 and April 2015). This represents the second highest annual loss recorded to date,” the report writes.

So what is killing the insects? The answer is complex and involves several factors.

“Since the 1980s, honeybees and beekeepers have had to deal with a host of new pathogens from deformed wing virus to nosema fungi, new parasites such as Varroa mites, pests like small hive beetles, nutrition problems from lack of diversity or availability in pollen and nectar sources, and possible sublethal effects of pesticides, ” the USDA notes. But deaths began to spike in the middle of the past decade, when a phenomenon in which bees deserted their hives and died en masse – later named colony collapse disorder – began sweeping hives worldwide. “Commercial keepers were particularly prone to summer losses.”

The words that seem to always pop up in this discussion are “Colony Collapse Disorder” (CCD). CCD is a phenomenon in which worker bees from a colony abruptly disappear. Beekeepers throughout the entire world have reported massive rates of CCD in recent years, but the mechanisms still remain unknown. Pesticides (especially neonicotinoids) are the main suspect, but loss of habitat, pollution and infection with various pathogens also likely contribute. 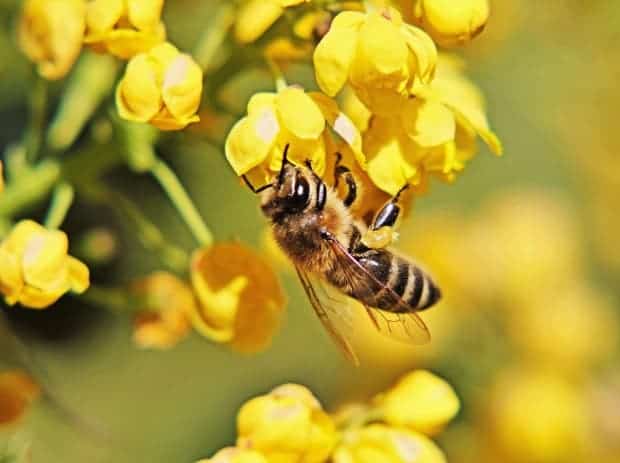 A study that came out in February 2015 concluded:

“Bees of all species are likely to encounter multiple stressors during their lives, and each is likely to reduce the ability of bees to cope with the others. A bee or bee colony that appears to have succumbed to a pathogen may not have died if it had not also been exposed to a sublethal dose of a pesticide and/or been subject to food stress (which might in turn be due to drought or heavy rain induced by climate change, or competition from a high density of honey bee hives placed nearby). Unfortunately, conducting well-replicated studies of the effects of multiple interacting stressors on bee colonies is exceedingly difficult. The number of stressor combinations rapidly becomes large, and exposure to stressors is hard or impossible to control with free-flying bees. Nonetheless, a strong argument can be made that it is the interaction among parasites, pesticides, and diet that lies at the heart of current bee health problems.”

Why we should care

Saving bee colonies is important not only for the bees themselves, but also for us. Something that many people tend to neglect is that as pollinators, bees provide valuable environmental services for agriculture. It’s estimated that in the US alone, pollination services are worth $10 billion to $15 billion a year. The worldwide value is incommensurable.

If bees continue to vanish at these rates, then we can expect anything from rising prices in common foods to actual food shortages. When you consider that some agricultural areas rely almost entirely on bees for pollination, the situation gets even more dire. The first ones who have to take measures are actually the beekeepers.

“As long as beekeepers are willing to put more money and hard labor into it, we can come back and rebuild our colonies and numbers,” explains Dr. Heather Mattila, a honeybee biologist at Wellesley College. “But whether this is all sustainable is an open question.”

But the problem is much bigger than this, and CCD is just another symptom of a larger issue. The way our global agriculture is developed is not sustainable, and we have to make the transition as soon as possible. Otherwise, the bee colony collapse disorder will be just another domino pieces, triggering many other negative changes after it.