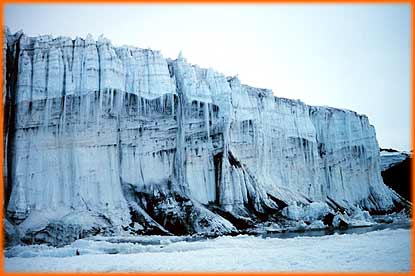 Recently, more and more people are beginning to claim that the melting of glaciers caused by global warming is all fuss for nothing. Well, that couldn’t be further from the truth! According to the official figures published by the UN Environment Programme (UNEP) the world’s glaciers are continuing to melt, at a higher rate than expected.Data from close to 30 reference glaciers in nine mountain ranges indicate that between the years 2004-2005 and 2005-2006 the average rate of melting and thinning more than doubled. That’s some really tough news, that surpass even the most pesimistic predictions.

The Service calculates how much glaciers thicken or thinnen in terms of ‘water equivalent’. A two C degree warming in 30 years from now will probably lead to drastic and very unpleasant results. Here’s what Achim Steiner, UN Under-Secretary General and UNEP Executive Director, said:

“Millions if not billions of people depend directly or indirectly on these natural water storage facilities for drinking water, agriculture, industry and power generation during key parts of the year,” said Mr Steiner. “There are many canaries emerging in the climate change coal mine. The glaciers are perhaps among those making the most noise and it is absolutely essential that everyone sits up and takes notice,” he said.
“The litmus test will come in late 2009 at the climate convention meeting in Copenhagen. Here governments must agree on a decisive new emissions reduction and adaptation-focused regime. Otherwise, and like the glaciers, our room for man oeuvre and the opportunity to act may simply melt away,” he added.