by Tibi Puiu
in Animals, Studies
Reading Time: 3 mins read
A A
Share on FacebookShare on TwitterSubmit to Reddit

The gecko is a phenomenal reptile which has always amazed observers, and especially scientists, thanks to its remarkable ability to cling to surfaces. Though they’ve been studied for a while now, it’s only recently that researchers have learned how geckos scale across wet surfaces, like leaves and trees found in its natural tropical environment. The discovery might find its use in a variety of applications. For instance, a tape that works even in wet environments based on a gecko-design might finally arrive; something I’m sure a lot of you have been waiting for a long time, especially those of you who like to fix just about anything with tape. 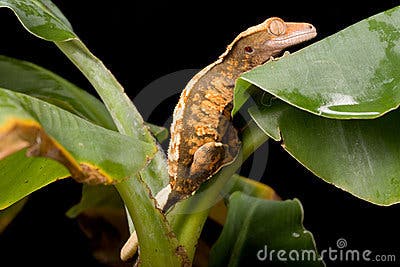 At the center of the gecko’s Spider Man-like clinging ability are its specialized pads, located on the reptile’s toes, comprised of various satae (bristle- or hair-like structures ) on the tip of which lie tiny structures called spatulae, each less than a micron wide. These allow attractive forces called van der Waals interactions to arise between the adhesive setae and the surface. A single spatulae shows very weak molecular forces, however when coupled together in thousands of thousands on the satae, the attraction becomes very strong. These forces are so strong that they not only allow for supporting the gecko’s weight, but for even a highly roboust human as well –  up to 133 kg can be sustained by the adherence forces between the gecko’s toes and a surface. This feature was extensively studied when a robot which mimicked the gecko’s satae was built and successfully tested out.

However, this all has been well known for some time, what scientists have been having a hard time with is understanding how the gecko climbs wet surfaces. University of Akron researchers set out to find out and eventually succeeded after they carried extensive tests. Six tokay geckos (Gekko gecko) were harnessed and instructed to climb on four different types of surfaces that varied in their degree of water resistance: glass, plexiglass, a transparent plastic often used as a glass alternative, and Teflon.

To measure the animal’s grip for each type of surface, a force in the opposite direction of the gecko’s movement was applied until it slipped .On surfaces with low wettability, like plexiglass and the transparent plastic, the areas in contact with the gecko’s foot stay dry, maintaining an excellent level of adhesion. These materials mimic the surface chemistry of the leaves geckos are really walking on in their natural environments,  the researchers say.

On glass, which has a high wettability, a film of water developed between the geckos’ toes and the surface, reducing their ability to stick to the glass. These findings suggest the impact of water on adhesive strength correlates with the ability of a liquid to keep contact with a solid surface (wettability).

The researchers hypothesize that the gecko’s evolved its sticky pads that allows it to cling on wet, yet tractable tropical leaves in order to escape predators, even when the environment became wet, which is ever so often in its homeland. A synthetic tape that works in wet environments would be a dream come true for any do it yourself aficionado out there, and one based on the gecko’s pads design might soon be attempted.

The findings were reported in a paper published in the journal Proceedings of the National Academy of Sciences.