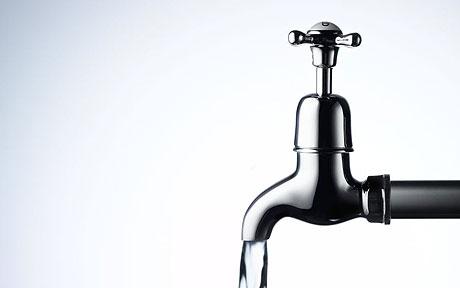 According to the Fluoride Action Network there are at present 24 independent studies which have a direct link between fluoride contamination from city tap water and reduced IQ, especially in children who are more vulnerable due to developing brains. The most recent one comes from Harvard University, which also came to the same conclusion, namely that of “the possibility of adverse effects of fluoride exposures on children’s neurodevelopment.”

Fluoride (fluosilicic acid) is used in the manufacturing of a slew of industrial chemicals, but you can be sure to find it any house, in your tap water that is, albeit in minute quantity. Just about 1 part per million (ppm) in US water supplies, used to prevent tooth decay.

A number of organizations however have filed a number of addresses and petitions requesting that fluoride be excluded from the water supply; some communities, in the US at least, have succeeded in their efforts.

It’s been found that fluoride may cause neurotoxicity in animal models and acute fluoride poisoning causes neurotoxicity in adults, very little is known of its effects on children’s neurodevelopment, however, considering the delicate subject and its implications, that is. Fluoride readily crosses the placenta, where it comes into contact with the developing brain, which is much more susceptible to injury caused by toxicants than is the mature brain. Damage caused is likely permanent in nature.

In June 2011 the following abstract was published on a new IQ study from Iran.

Aim: We investigated the effect of chronic high fluoride (F) exposure on children‘s intelligence.
Design: In this cross sectional study two urban communities with similar socio-economic and cultural status but with different levels of F in drinking water, in the Kerman province, were studied: Koohbanan city (F 2.38 mg/L), Baft city (F 0.41 mg/L). Study samples consisted of 119 children 6–9 years old: 59 children from Koohbanan and 60 children from Baft. The Raven‘s test used to determine the effect of F exposures on children‘s IQ.
Results: In the low F area (control group) the mean IQ score of children was 97.80 ± 15.95 that decreased to 91.37 ± 15.63 for the high F group (Koohbanan‘s children), which was significantly different from the control group (P < 0.05).
Conclusion: Based on the findings, the chronic exposure to high levels of F can be one of the factors that influence intellectual development.

Fluoride in water has also been found to cause harmful effects to thyroid, kidney patients and heavy water-drinkers, as it accumulates into the body. Infant formula when mixed with fluoridated water delivers 100-200 times more fluoride than breastmilk.

The study’s findings were reported in the journal  Environmental Health Perspectives.